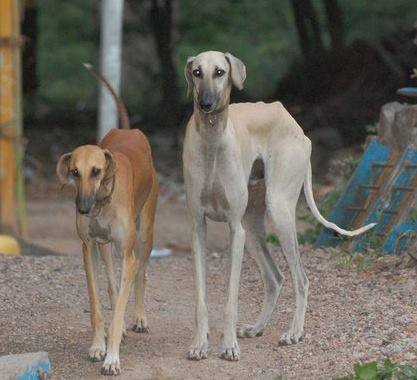 It’s an alarming statistic: Of the nine breeds regarded as native to Ireland, six of them are rated as vulnerable/endangered by kennel Clubs in Ireland, the UK, and the United States, and only around 10 per cent of dogs registered with the Irish Kennel Club now come from those native breeds, this according to the current president of the Irish Kennel Club, Sean Delmar.  As to why, Mr. Delamar suspects that the Internet has made the world’s huge variety of dog breeds accessible to anyone, no matter where they live, and as they say, the grass is always greener……

It is a curious thing when breeds native to a country are often snubbed by the native born residents of that country in favor of a more exotic dog from somewhere else. Very often, people have no idea that a breed is even in trouble. For some time now, the Irish Kennel Club has been lobbying lawmakers to bestow heritage status to the native breeds of Ireland, just as Japan did in the 1930s for its native dog breeds. Thus far, the efforts have been unsuccessful, but giving these breeds heritage standing would go a long way to bringing attention to their vulnerability.

Far from being a situation unique to the Irish, we should mention that a similar situation has existed in India. Rather than owning breeds native to their own country, breeds like the Caravan Hound, Jonangi, Pashmi, Kaikadi or Bakharwal, Indians have been buying breeds native to a different country. Happily – but ever so slowly – this is starting to turn around. Over the last fifteen years, there have been attempts by various organizations in India to promote awareness about native breeds, from the government issuing postage stamps of the Rajapalayam, Mudhol Hound, Rampur Hound and Himalayan Sheepdog, to the Indian Army’s announcement in 2017 that it would be using the Mudhol Hound as its military dog. Indeed, some dog shows are now allowing free entry of native Indian dogs, and the Kennel Club of India slashed the entry fees for native Indian breeds to half the price charged for foreign breeds. Some shows have a separate category for native breeds to promote them, and there is talk of having dog clubs dedicated to native breeds.

Ownership of a native breed isn’t always a matter of national pride, or even of preserving it for future generations. Using a native breed often just makes sense. In Portugal, farmers are struggling to co-exist with wolves protected under Portuguese law since 1988, and it finally dawned on someone that some of the country’s oldest dog breeds may be a solution. The Portuguese wolf conservation organization,  Grupo Lobo, is encouraging the farmers to use breeds like the Cao de Castro Laboreiro, Cao da Serra de Estrela and Cao de Gado Transmontano, to protect their stock. Once highly valued for their protective instinct and innate ability to bond strongly with the animals under their care, these breeds were also in trouble. Silvia Ribeiro, a biologist with the conservation project, said,  “We are encouraging farmers to use traditional livestock guarding dogs once again, not only to cut down on livestock attacks which will help farmers tolerate the wolf more, but also to bring these traditional Portuguese dog breeds back from the brink.”

These are all good starts, and hopefully, the efforts will be enough to save at-risk native breeds whatever their country before it’s too late.

As proponents of the freedom to make one’s own choices, particularly when it comes bringing a dog into one’s family, we’re good with whatever one chooses to own as a family dog as long as one does their homework first, and is committed to ensuring that the dog (whatever its breed, or no breed at all)  and the owner are a good fit.

That said, we’ve been intrigued by some of the material we’ve read in the course of writing this post, literature that comes “this close” to suggesting a moral duty to own a breed native to one’s own country in order to save it. We’re inclined to think that legislating behavior is a recipe for disaster, especially when it comes to owning a dog. We were just about to write that thankfully, no one has taken that extreme step before we remembered that in certain parts of the country, pet stores are required by law to work with animal shelters or rescue operations if they want to sell dogs. Of this, we think that if one has one’s heart set on owning a particular breed that’s rare or uncommon, it’s not likely to show up in an animal shelter or rescue group, and this is a back door approach to legislating behavior.

We think the Indians are “spot on” in their approach to preserving their native breeds: Remind the public of the breeds native to their country. Have a public discussion of the various breeds, and what their lifestyle requirements are; make it worthwhile to own the breed, i.e., slashing entry fees for dog shows. Over time, people will come to see the value of saving an entire breed, and not just one dog. Just ask the Portuguese farmers who can now protect their livelihood with dogs whose breeds were nearly lost for all time.