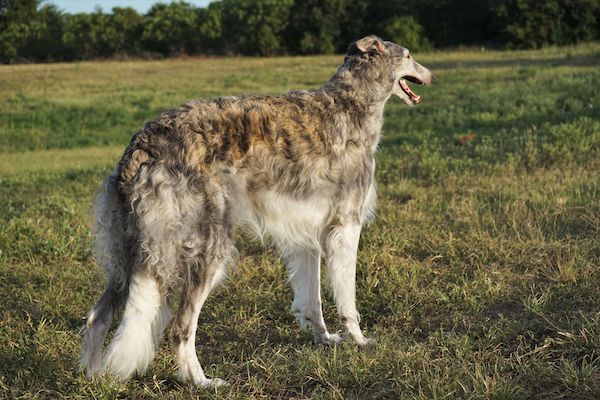 The Borzoi, an exquisite creature if ever there was one, has an AKC  breed standard in which its coat is described as being “long, silky (but not woolly), and flat, wavy or rather curly.” It adds that hair on the dog’s head, ears and front of legs should be short and smooth, while on the neck, “the frill should be profuse and rather curly.”

Those of us who exhibit our dogs often see Borzoi (the preferred plural form of Borzoi by both the Borzoi Club of America and the Borzoi Club of the UK) at dog shows, and for our part, “curly” is not the first word that comes to mind when seeing a Borzoi’s coat. Perhaps that is because a truly curly Borzoi isn’t just an uncommon sight, it’s very rare. 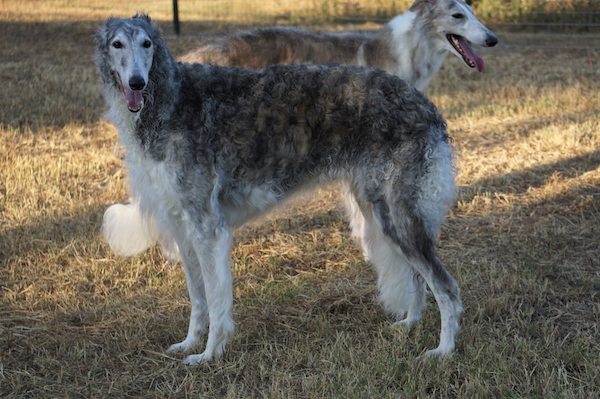 As is so often the case in many of our breeds, early breeder preference often dictated what was seen in show rings, and set the stage for what came after. A curly coat wasn’t as popular among Borzoi breeders who started selecting for bigger coats with a long neck and body fringe, and since a curly coat lies tight to the body, there aren’t as many furnishings.

Where did the curls come from? Difficult to know. The Borzoi has one of the first written breed standards that dates to about 1650, and after hundreds and hundreds of years, we don’t know if, or which, old tazi-type sighthounds appear in the breed’s gene pool, or if they were crossed with Russian pastoral breeds, let alone which ones. What we do know is that there were curly coated dogs of the sighthound type during the Middle Ages. 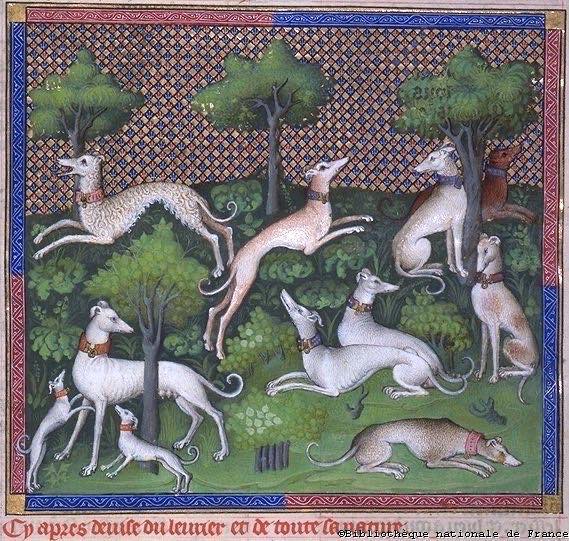 All that said, the curly coat hasn’t entirely vanished in the breed. A Borzoi breeder acquaintance, “Danielle,” aways suspected that her foundation bitch was a “curly carrier,” particularly because one of the few kennels that consistently has curlier coats pop up in litters is her foundation line. We’ve always noted that dog people are perpetual students, so not surprisingly, “Danielle” got curious. So curious that she had her foundation bitch tested through VGL labs at the University of California at Davis. 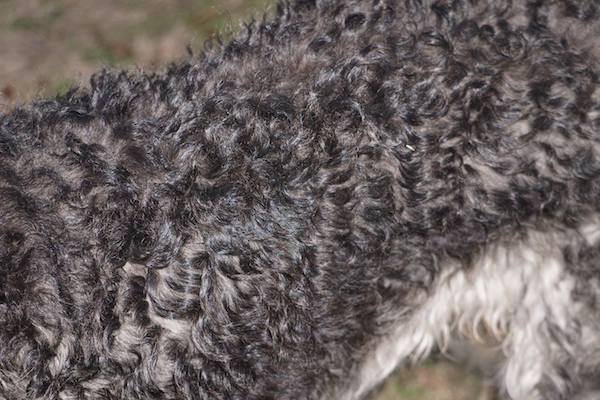 Long story short: Danielle’s Borzoi is one of two Borzoi that are confirmed carriers of the KRT71 mutated curl gene, the same gene that causes a Poodle’s curly coat (the other “curly carrier,” a Borzoi named, “Bruce,” was tested through Embark, and Gensol Dx also sells the curly test).

The gene has been in the breed as long as it has been a known breed, and many feel it would be a shame to lose it. With no disqualifications in the breed (the standard is written for function), there’s no reason to lose this part of the breed’s genetic history.

The KRT71 mutated curl gene is intermediate dominance. This means that one copy has an effect, but one needs two copies to produce the full results. Both of the dogs that were tested are only carriers,  so one can imagine what two copies would look like. 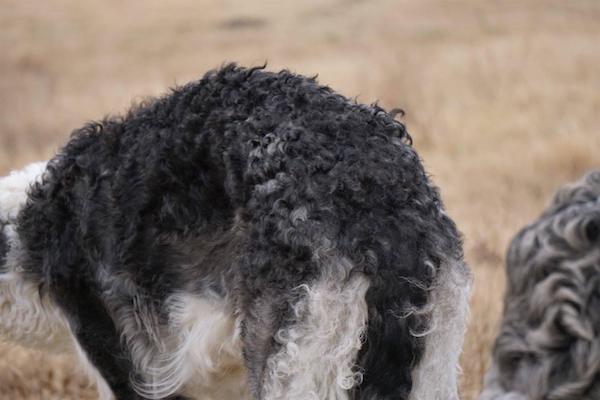 Breeders who have a curly puppy can tell pretty early that the youngster has a curly coat, the pup looks like he or she has “bed head:” Little curls that cause waves on the top of their head. They tend to be pretty fluffy as baby puppies. As “Danielle” explains, nearly every Borzoi puppy has a big curly puppy coat that they completely shed between 6-12 months – shed as in naked! The pups who get smaller, tighter curls back as an adult tend to be the “curlies” and the “curly coat” carriers. 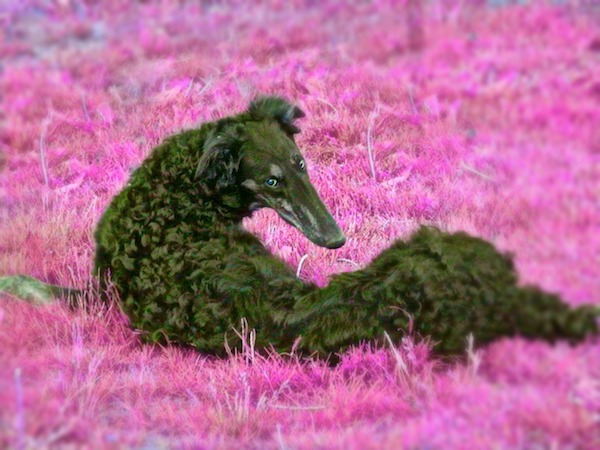 Photo of “Skaya,” by Leigh Anthony Paintin. This is “Bruce’s” littermate

We are indebted to Danielle Steenkamp, DVM for sharing her knowledge and her photographs with us. We know our readers, also students of dogs, will find it as interesting as we did.