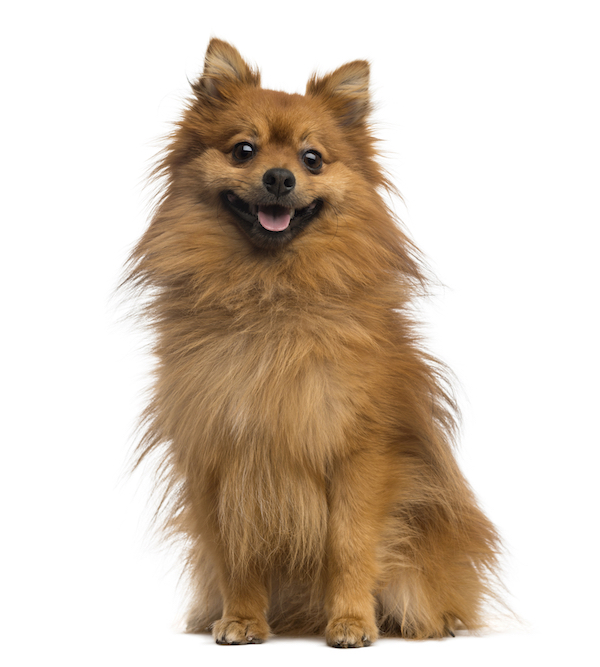 Most sources are in agreement that the German Spitz is not only one of the most ancient dog breeds, but the oldest one originating in Central Europe. At least one registry, the FCI, regards the German Spitz to be in the same family as the Pomeranian and Keeshond, so delving into the history of the Spitz is akin to delving into the backgrounds of the other two breeds, so intertwined are they.  The breeds have a common ancestor in a stone age “Peat Dog” known as the Torfhund, a spitz type canine thought to have an important role in the domestication of dogs.

Early German Spitz dogs lived at a time when Germany had “fluid” borders between princedoms, dukedoms and kingdom, each with its own religious, linguistic, social, and cultural norms. Each area also had its own idea about what they wanted in their dog;  possibly the only thing the different territories had in common regarding these dogs was what they named them: Mistbeller, or dunghill barker.

As colorful a name as this is, it was apt, and far from being derogatory, the moniker speaks to the dog’s cleverness and acuity. These dogs liked to find a high place from which to perch in order to inspect their territory and the activities around it, and that was usually a high mound of dung. At the first hint of trouble or untoward activity,  they let out a high pitched bark which farmers welcomed as an early warning system.  White was the preferred color for the dog as it helped in distinguishing them from a wolf.  Traders and fishermen also took these dogs on their boats as alert watchdogs for their goods.

In time, the spitz gained popularity with royalty and the upper crust of England, and when George I took the throne in the 18th century, he and his German wife entertained visitors to the court who brought with them forerunners of today’s German Spitz.