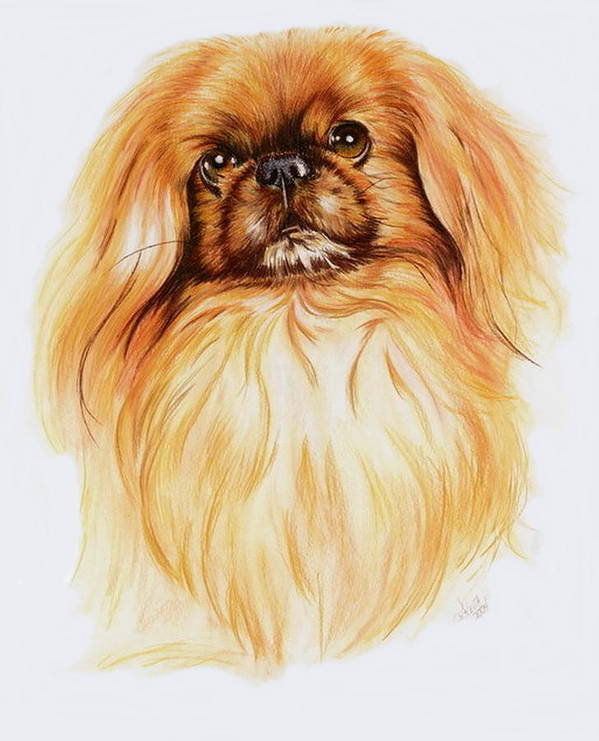 In profile, a Pekingese’s face is flat, but head on, the skull is wider than deep. There is a unique descriptive for this appearance of the head, and in fact, of the hundreds of breed standards that exist in the AKC, the Peke standard is the only one to use the word, “envelope.”

Specifically, the large, short-muzzled head is a wider-than-long “envelope shaped” rectangle, and to our knowledge, this characterization is attributed to the late Mrs Beatrice H Godsol, a California sheep-breeder who was only the second woman ever assigned to judge Best in Show at Westminster, and one of only three husband and wife pairs to have judged Best In Show at that same show. It was she, we believe, who vividly described the desired Peke’s head as resembling a “number ten envelope.” 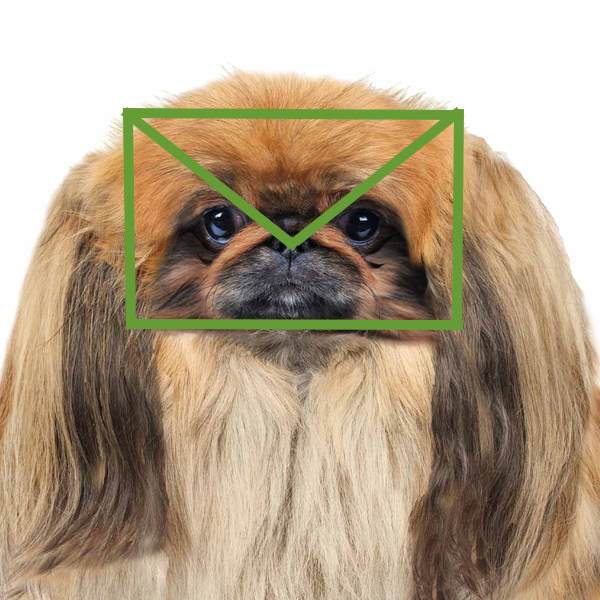 Nigel Aubrey Jones, author of, “The New Pekingese,” opined that “the Pekingese head is the stamp of the breed and no matter how wonderfully conformed a Pekingese is or how typically it moves, without a good enough head , its progress will be minimal.” A massive, broad, and flat between-the-ears topskull, an undershot and broad lower skull,  a flat and broad muzzle, shallow forehead, and wrinkles that separate upper and lower areas of the face – these are all elements of a singularly unique head.

We close with another famous quote by the iconic Mrs. Godsol, one that has little to do with the topic, but a good one to know:  “All dogs have faults, but the great ones wear them well.”