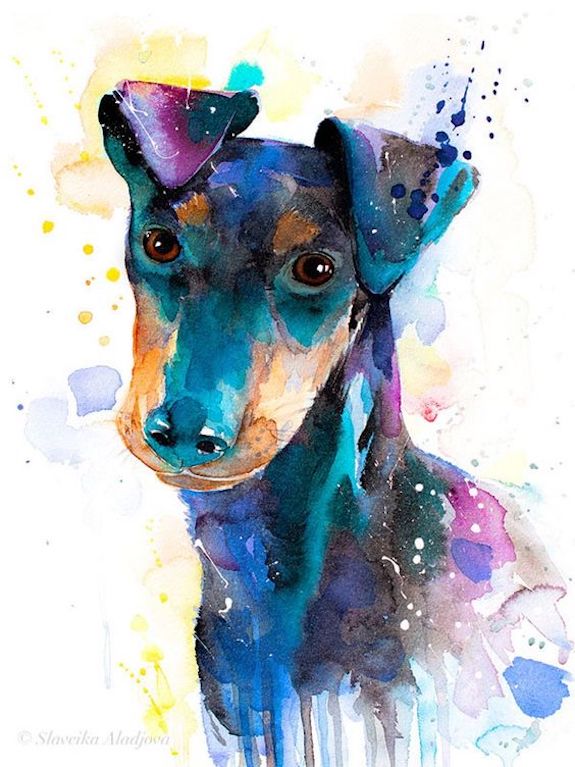 We never miss an opportunity to throw in a bit of trivia if we can, especially if it involves music, and if you’re of a certain age, you’ll remember this gem found by scrolling down a bit:

This dated bit of music is shared for a reason, namely, to set the stage.

We wouldn’t be dog people if we didn’t debate the merits of a dog, or even its history, and the Manchester Terrier’s name was a matter of discussion for some time. Prominent breeders in the breed’s history certainly factored into the issue, and one of them in a big way.

Samuel Handley was the foremost breeder of Manchester Terriers in the 19th century. He had a lot to do with the breed as we see it today – a sleeker, finer and more elegant dog – but first he started with stabilizing breed type.  Because of his work, the breed’s name was changed to the Manchester Terrier in the 1870s in recognition of Handley’s origins, but dog experts like Hugh Dalziel and John Walsh were nonplussed by the name. Though both men recognized the contributions of fanciers in the Manchester district of England like Mr. Handley, they were not happy campers about the breed’s name being changed. The stud books of the Kennel Club reflect this consternation by illustrating that the name waffled between and forth between the Black and Tan Terrier and Manchester Terrier until well into the 20th century.

Until his death in 1878,  Handley himself protested that “Black and Tan” was a sufficiently honorable name for the breed, and pointed out that good dogs were being bred in many parts of England. A humble attitude from a man who was responsible for benching many of the big winners such as his bitch, “Saff,” who was almost unbeatable. We don’t have the inside “skinny” on how the final name “stuck,” but by any moniker, the Manchester Terrier (a vulnerable breed in its country of origin) is one of dogdom’s best kept secrets. This is a bit shocking given that because the breed was distinctive and relatively purebred by the 1820’s, many cynologists regard it as the oldest identifiable terrier breeds.  This last bit may be fighting words in the terrier world, but it’s why we so love the terriers and their owners.

Image: Manchester Terrier in watercolor by Slaveika Aladjova is available for purchase here