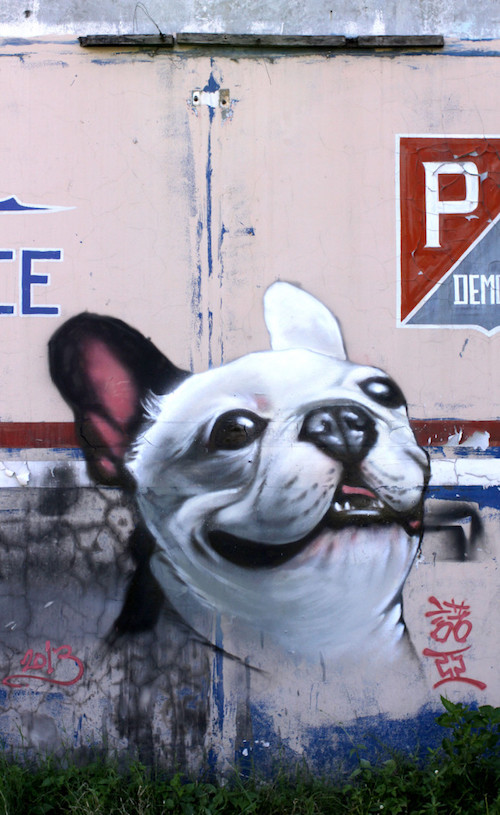 “If it takes more than 5 minutes, its not graffiti.”  – Mint Serf

In the right place (and where, exactly, that would be is open to interpretation) graffiti can be quite wondrous to behold. Graffiti artists have become famous in their niche, and one of them is photographer, videographer, animator, and illustration jack of all trades, Eric Noah who did the French Bulldog seen here.

It’s a bit surprising that Noah didn’t paint a Pembroke Welsh Corgi given that his own dog, Gwen, is a Pemmie: 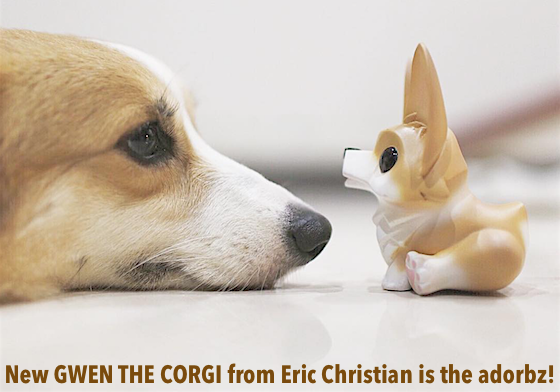 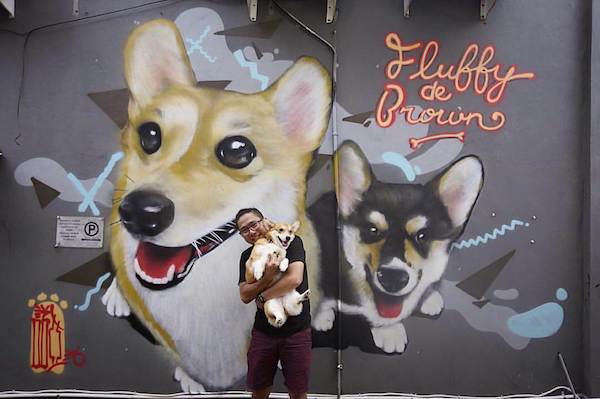 Gwen inspired her owner on how to handle certain aspects of her coat when he created his resin platform toys, a medium that’s making waves at DCONs (designer conferences) popping up all over the country. The figures are often called “designer” or “art toys,” and they are more collectable than you might imagine. The first Designer Toys appeared in the 1990s in Hong Kong and Japan, but by the start of the 21st century, the majority of Designer Toys were based upon characters created by the popular underground visual art movement (some would call it graffiti) that arose in the Los Angeles, California.

In making designer toys, artists craft their figures out of resin and resin casting, and then often finish them with aerosol automotive paint and varnish. Only a set number are produced, and artists sometimes sign them.

Sometimes, a commercial company like Kidrobot or Kurobokan (the company that debuted OG Gwen the Corgi when the doors opened at the Thailand Toy Expo in 2018)  will make a deal with an artist to produce his or her toy in vinyl for the mass market.