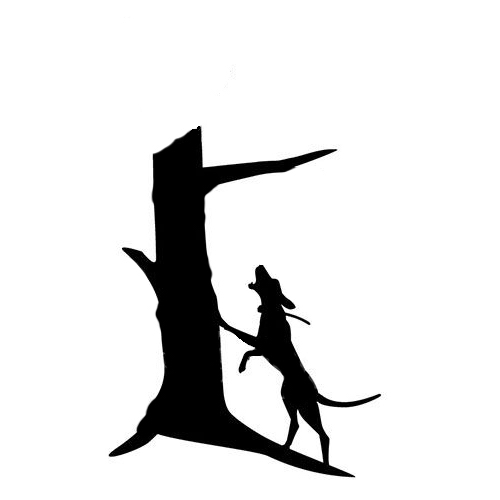 We were about to write that the AKC hound group is the only group that has breed standards describing a breed’s voice, but we would have been wrong.

As we talk about a few hounds below, be thinking about which non-hound breed has a standard that mentions “voice.” You might be surprised when we tell you the answer later in the post.

Why is the hound’s voice important?

Because it’s packed with so much information.

A hound’s voice helps a hunter locate their dog by marking their location, particularly in the darkness of night. The type of bark also offers clues as to the progress – and nature – of the dog’s find.

Before the dog even hits the ground, he may be “riggin in the box,” (barking in his crate); if he’s detected a scent, and that’s called a “strike.” When the hounds are “free cast,” or let loose, a hunter listens for the “open,” the action of the dog barking on the trail. He’ll know when his hound “locates,” or finishes a track at a tree because the hound will typically let out a classic “uber long” brawl that hunters refer to as a “bawl mouth.”

After the locate, a hound might bay, or bark at game that is cornered on the ground; if the prey is “treed,” the hound stand up against the tree on his hind legs and let loose short rapped barking. There are treeing contest and some of these chopped barks have been timed at as many as 80 t0 100 chops per minute! The flip side of this is when a dog trees a tree that has no game in it (oops), and this is called a “slick” or “empty” tree. When a dog does this, he’s a “babbler,” and if he constantly “opens” when no track if evident, he is “loose mouthed.” Conversely, if the hound doesn’t open much on track, he’s “tight mouthed.”

The breed standard for the Treeing Tennessee Brindle reads: “Voice-Open trailers with change over at tree. Coarse chop preferred.”

A Bluetick Coonhound‘s standard indicates that a Bluetick should be a free tonguer on trail, with a medium bawl or bugle voice when striking and trailing, which may change to a steady chop when running and a steady coarse chop at the tree.”

There are many breed standards in which vocalization such as barking is mentioned or tacitly understood (In Finland, there is actually a barking competition every year that Finnish Spitz compete in) but in this post, we’re discussing “voice” and not “barking.”  Interestingly, the aforementioned hounds are the only ones we found with standards mentioning voice, but have you guessed which non-hound breed also mentions voice in their standard?

It’s the Pumi! [the Pumi] uses “his voice and quick movement to keep the stock under control.”

2 thoughts on “The Importance of Voice”