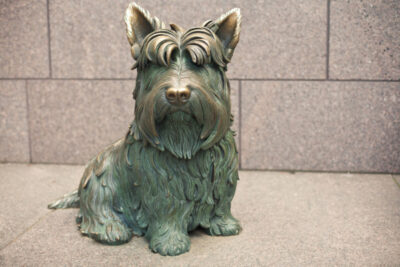 Rubbing a statue for luck is nothing new, though the deed isn’t always done with a modicum of good taste.

Below you can see the effigy of Victor Noir, a French journalist who was shot and killed by a cousin of the French Emperor Napoleon III for his opposition to the imperial regime. 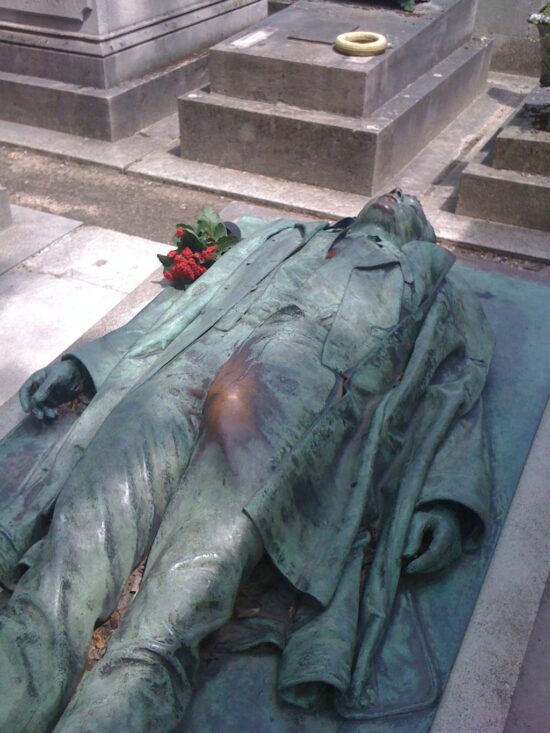 One wonders if Victor Noir got this much action in life

A noticeable “protuberance” in Noir’s pants has lead the sculpture to becoming a fertility symbol, and according to pop legend, rubbing it (or part of it, anyway), is said to enhance fertility, ensure a marvelous romantic life, or, in another version, bring a husband within a year.

Enter the spoil sports. A fence was put up around the statue of Noir in 2004 to let the man (or part of him, anyway) rest in peace, but superstitious (or fun loving) Parisian women protested mightily, and the fence was torn down. Noir is back in action.

A monument to Juliet in one of the courtyards of Verona is also subjected to groping. According to legend, a couple must leave their initials on the wall of the courtyard, then pat Juliet either on the hand or on the chest to ensure that their love will be happy and vibrant.

Pigs, bears, cats, hippos, roosters, the testicles of bulls and horses – pretty much anything is fair game to be rubbed for luck, and yes, including dogs. The statue of the famous Skye Terrier, Greyfriar’s Bobby, unveiled in 1873 is one of Edinburgh’s most popular landmarks, and tourists often rub his nose for luck. The wear on Bobby’s nose got so bad that had to be restored in 2013, but people didn’t stop and it’s becoming so much harder to restore that the city council hung this sign around the neck to discourage visitors.

In Russia’s Ploshchad Revolyutsii station on the Moscow Metro rail line, there are 76 bronze figures of workers, peasants, soldiers, athletes and sailors – every group that participated in the 1917 Revolution. Included in the bronzes created by Soviet sculptor, Matvey Manizer, are dogs, and the one below is a particular favorite of rail riders to rub as they pass by. 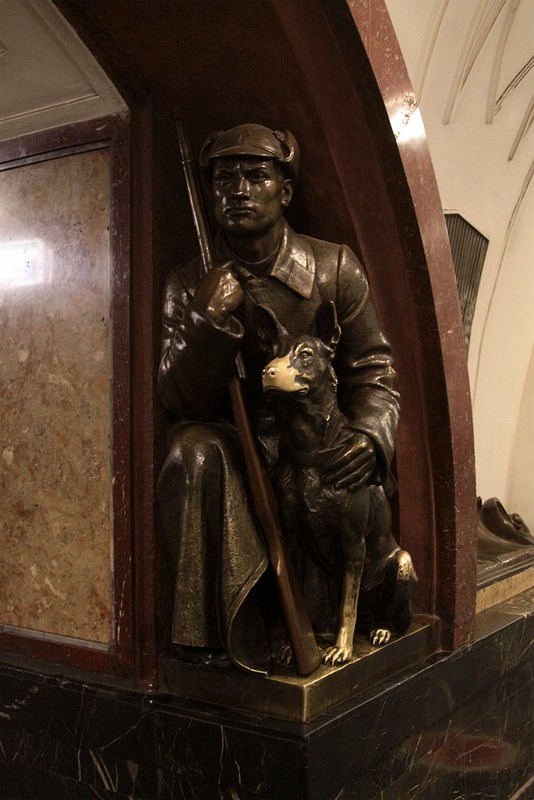 It’s said that to rub the nose of the shepherd ensures that one’s day will go well.  For even more “bang for the buck,”people refer to the dog by the name “Mukhtar,” and rub his paw and knee. Just to be sure, however, enthusiasts recommend rubbing the noses of all four bronze dogs at the station.

According to a blog entry by Euro Gunzel, the superstition has become a problem. In the past ten years, visits to  the underground sculptures have become “a thing.” At peak hours, rubbing each dog’s nose happens about 20-30 times per minute!  The surface of the dog seen at the right (said to be a shepherd) has completely lost detail and is beginning to lose shape.

The practice isn’t limited to public art. The statue of the Scottish Terrier, “Fala” is said to have a lucky nose and ears, but the bronze is part of the Franklin D Roosevelt Memorial in Washington DC. As a memorial, it seems like it should be off limits. Maybe it’s just us.

Someone has to be first to rub a statue, and who knows what compels someone to do it, or to think that luck will be theirs for having done it, but the phenomenon has warranted its own Wikipedia page.