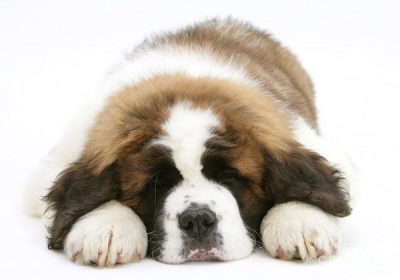 Did you know that two St. Bernard’s called the White House their home?

The first Saint to live on Pennsylvania Avenue was “Kay,” dog of Grover and Frances Cleveland. The First Family actually had a number of dogs running around the White House during both of the terms they served (Cleveland is the only person who was elected for two non-consecutive terms of the presidency), and Kay was one them. She was said to be a prize winning dog, though we don’t know the particulars of her awards. 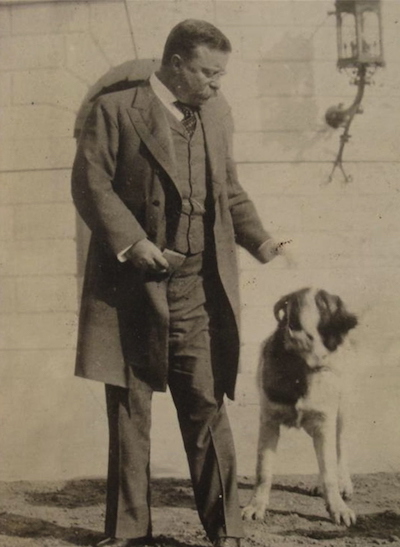 The other St. Bernard to have lived in the White House was Theodore Roosevelt’s “Alfred S. Rollo,” or just “Rollo,” named after the friend who gifted the dog to the Roosevelts.  The President didn’t really want the dog. In a letter to his friend, he wrote:

I’m going to ask you not to think me churlish if I say we have three collies already, one of them a puppy, and four other dogs in addition, and that I really do not [have] house room or stable room for any more.

I dare not venture to tell your proposition to my children.

The President lost. All 200 pounds of Rollo arrived at the White House to the delight of the Roosevelt children. According to the AP, Rollo was “a massive St. Bernard with massive self-restraint. The Roosevelt kids virtually dismantled Rollo, but Rollo didn’t mind. After all, he was built to lead a dog’s life.” A Canadian newspaper later wrote, “Visitors to the White House were often … pursued by the bounding Rollo. The astonished guests expected the big dog to pounce on the children and devour them. But Rollo was a childrens’ dog; he truly loved them.”

Image: “Saint Bernard Puppy Sleeping” by Mark Taylor is available as a print, poster, towel, and many other formats here

One thought on “A Saint in the White House”