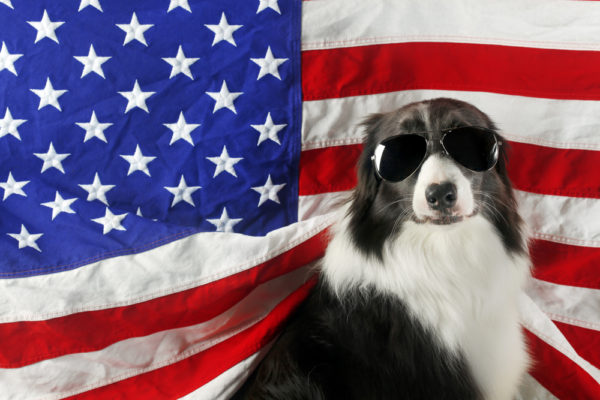 Tomorrow is Labor Day, and for many people, it’s a day that doesn’t seem to have the rituals of the Fourth of July, St. Patrick’s Day, Thanksgiving, or Memorial Day. We’d guess that some might not even know what they’re honoring besides the end of summer and the beginning of school.  Here’s a thumbnail review of the day.

Labor Day came about because over 125 years ago, American workers felt they were spending too many hours and days on the job. In the 1830s, the average manufacturing worker was putting in 70-hour work weeks, and sixty years later, the number of work hours dropped only to 60 hours a week.

As for who started the movement, most sources cite two people: Peter J. McGuire, general secretary of the Brotherhood of Carpenters and Joiners and a co-founder of the American Federation of Labor, and Matthew Maguire, a machinist, and secretary of Local 344 of the International Association of Machinists in Paterson, New Jersey. The Central Labor Union adopted a Labor Day proposal and appointed a committee to plan a demonstration and picnic. Long story short, by 1894, twenty-four states adopted the Labor Day holiday, and on June 28, 1894, President Grover Cleveland signed a law making the first Monday in September of each year a national holiday to honor the American worker.

History doesn’t tell us if McGuire or Maguire (yes, we noticed that their names are similar) owned dogs, but we know that President Grove Cleveland did. In fact, Cleveland had a few “firsts” associated with his terms. He was the first Democrat elected after the Civil War, and the only person elected for two non-consecutive terms of the presidency (1885-1889 and 1893-1897). A bachelor when he entered the White House, he became the only President to marry in a White House ceremony. He was also the owner of the first Saint Bernard to live in the White House (the only other St. Bernard to have lived in the White House belonged to Theodore Roosevelt).

The Clevelands, in fact, owned a passel of dogs.Three Dachshunds were sent to Mrs. Cleveland by the U.S. Consul in Bremen, Germany, Mr. Merritt. A reporter from the New York Times wrote that the dogs arrived at the White House “after a journey over land and sea of 4,000 miles.” They also had “Millie,” a Fox Terrier, Foxhounds that Mr. Cleveland took along when hunting (and, according to sources, hounds often seen running, playing, and chasing rabbits over the grounds of the White House), “Gallagher,” a young Cocker Spaniel, an unnamed Collie, and a Poodle named “Hector,” belonging to Frances Cleveland,

You have to like a powerful man who was known to roll around with his dogs on the White House lawn, but by the time he left office, Cleveland was very unpopular (two weeks into his second term, the stock market crashed and initiated a severe economic depression that lasted four years). The President retired to New Jersey lamenting his fall from confidence. As the story goes, one day a friend visited Cleveland and left his dog outside. The dog, however, found another door, walked in and right over to Cleveland. When his friend tried to remove the dog, Cleveland remarked, “No, let him stay. He at least likes me.”

We conclude by mentioning that if Labor Day honors American workers, surely we should also acknowledge our working dogs who protect and work alongside our law enforcement and military, enable the disabled to live better lives, help protect endangered species, give comfort to the infirmed, work livestock, provide Search and Rescue services, and so many other roles.  Don’t forget that right now, the United States Post Office is selling postage stamps that honor our Military Working Dogs and K-9s . A ceremony was held at the Naval Base Ventura County Port Hueneme K-9 kennel facility last month where these dogs showcased their skills in a demonstration. They represented different branches of service including the U.S. Coast Guard, Army, Air Force, and Marine Corps.

If you can’t find the stamps at your local post office, get them here. 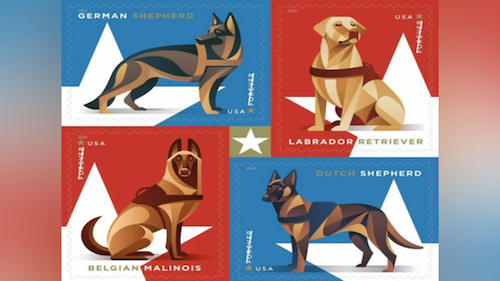 We encourage you to share a picture of your working dog at work so that we can honor them, too!