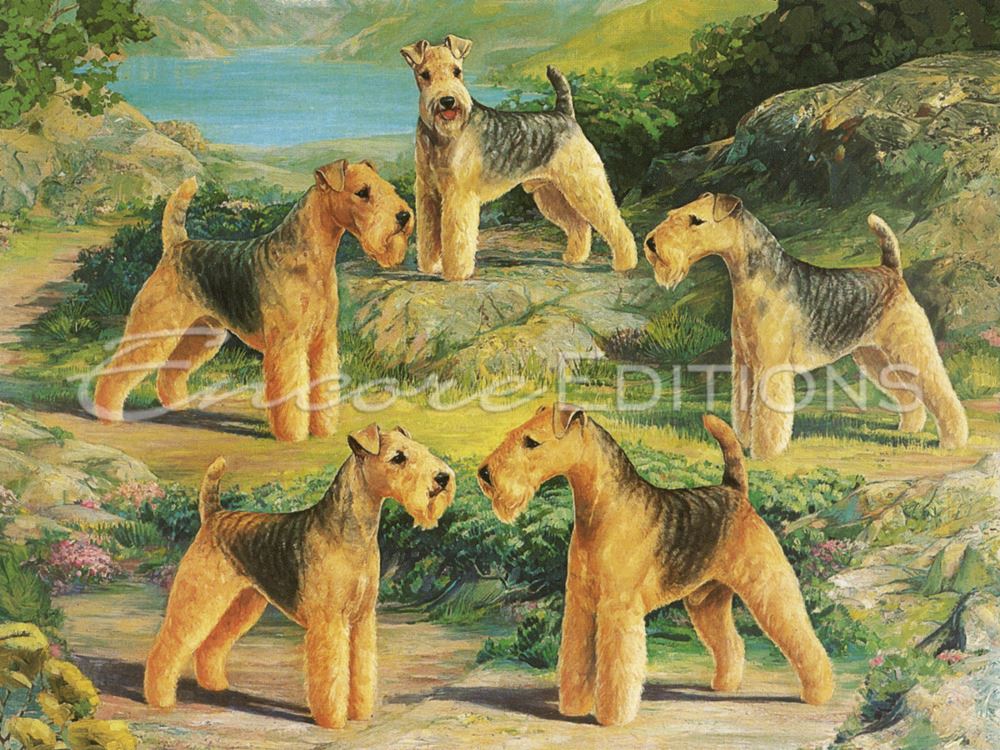 As is often the case, a breed becomes known by the terrain or location in which it works, and such was the case for the fell terrier. The mountainous topography and high ground on which sheep grazed was known as the “fell,” and the dogs that hunted fell fox (the main cause of new lamb losses) were also given that name. Exhibiting the dogs as “fell terriers”at agriculture shows was one thing; those shows used standards that assessed which dog was most suitable to do its job. Dog shows, however, called for more formal standards as written by The Kennel Club (the AKC’s British counterpart). When these terriers started to show up at dog shows,  it was thought that a more formal name was needed, and the fell terrier became known as the “Lakeland Terrier,” so named for the Lake District of England.