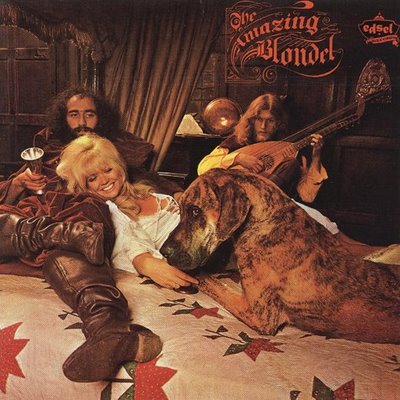 As musical niches go, we think you’d be hard pressed to find one more narrowly defined than “pseudo-Elizabethan/Classical acoustic music sung with British accents.”  It was how the Amazing Blondel, an English acoustic progressive folk band from the early 70s described itself. See if you agree by taking a listen to “Saxen Lady” released in 1970:

Some reviewers called their music medieval folk rock, others described it as a reinterpretation of Renaissance music using lutes and recorders, not wholly inappropriate since the band was named after a musician in the court of Richard I, Blondel de Nesle.  The group, however, didn’t start out that way.

Amazing Blondel got its start as an offshoot of folk music, but as artists tend to do (and should, we think), they began to develop their own musical idiom influenced by everything from other music revivalists to childhood memories of the Robin Hood TV series.  It’s said that after listening to some of their songs, a chef named Eugene McCoy commented, “Oh, very Blondel!” and a name was born after someone else suggested they put an adjective in front of the word. 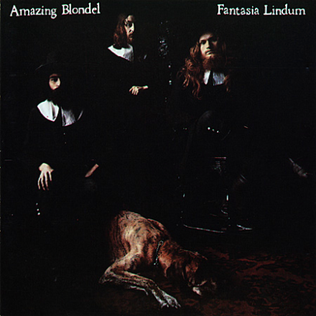 The Disco movement shoved a lot of other types of music aside, and the Amazing Blondel didn’t quit as much as “peter out.” The original band members did regroup in 1997 to produce a new album, and between 1997 and 2000, they played at different venues across Europe. As recently as 2005,  original member, Eddie Baird played two concerts with singer/songwriter, Julie Ellison, and the last we heard, he was collaborating with Darryl Ebbatson on a new project.

“Jacob,” the Great Dane who appeared on the cover belonged to another original member, Terry Wincott, and he also showed upon the 1971 album (that’s what we called CDs back in the day, kids. Albums), Fantasia Lindum.

We never miss the chance to show off purebred dogs that appeared in a positive light on album covers.