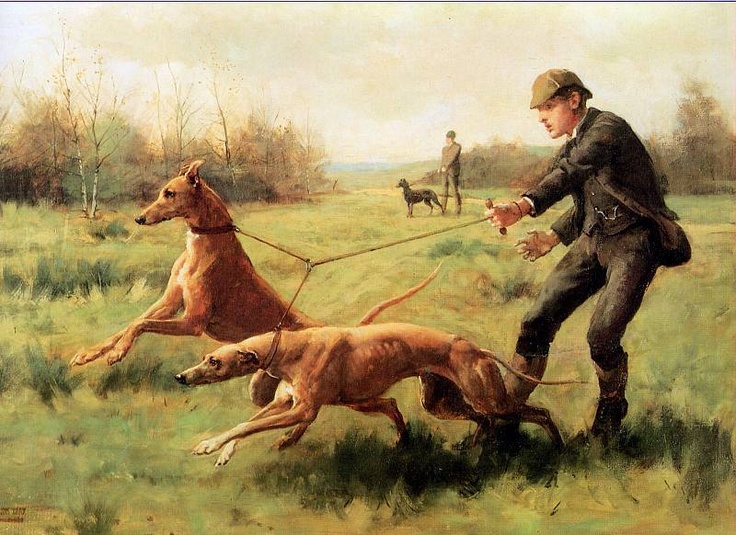 Breeds can have a terms unto themselves, and the sports we enjoy with our dogs can have a vocabulary all their own, as well. It gets even more refined when one moves from one group, say, “city folks,” to “country folks.  American coursing hounds, at least to their rural hunting owners, are working hounds of the American West, and within that culture are different types of hounds.

A coldblood, also called a “grade” hound, is a purebred hound that isn’t registered, and has no papers or tattoo to prove its pedigree.

The Greyhound is the most prevalent breed in American coursing hounds, though Scottish Deerhounds, Irish Wolfhounds, and Borzoi also were used in the development of the American West before 1900. We know this from records kept by Teddy Roosevelt, George Custer,  Ernest Thomas Seton, and other observers. Hunters probably didn’t much care about a dog’s breed or pedigree, but the fact was that these breeds were well suited to hunt many of the animals found in the West.

According to Gazehounds and Coursing, Salukis are increasingly finding their way into American Coursing hounds used on hares. Initially unimpressed by the breed’s “sissy feathering” and aloofness, rural hunters became swayed by the “Arab dog’s” tolerance to heat, ability to negotiate terrain, and its stamina in the long race.

These hunters have taken to using the Saluki in crossbreeding programs, and as purebred dog enthusiasts, we can’t say we embrace the practice, though we understand their point of view. We’ll leave it at that.