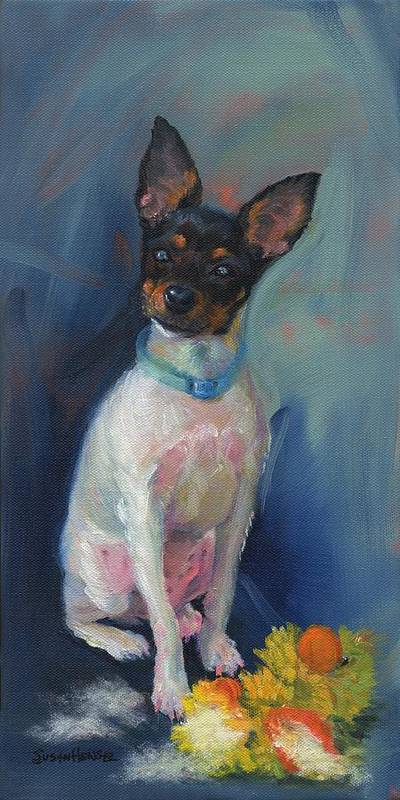 That the Toy Fox Terrier is the only toy breed developed in America isn’t up for debate, but exactly which breeds went into creating is. One source writes that the TFT, also known as the AmerToy, was bred down from already small Smooth Fox Terriers. Breeders of Smooths, intrigued by the “runts” in their litters, crossed them with the Miniature Pinscher, Italian Greyhound, Chihuahua, and Manchester Terrier (this, according to the AKC). Others insist that the Toy Fox Terrier was created from crosses between these small Smooth Fox Terriers, the Chihuahua, and the Manchester Toy along with English Toy Terriers.  Still another writer opines that Rat Terriers were also involved in the development of the Toy Fox Terrier but rarely mentioned because (some think) TFT fanciers wanting to get AKC acceptance for their breed wanted to steer clear of any non AKC genes, and that meant the exclusion of non-AKC Rat Terriers.

Speculation is a fine intellectual exercise, but as they say, the “proof is in the pudding,” and the result of this breed’s development is a great little dog that has the courage and gameness of a terrier, but with a mellower disposition.

Image: “Naughty Girl” by Susan Hensel is available as fine art, and in home decor and lifestyle items here