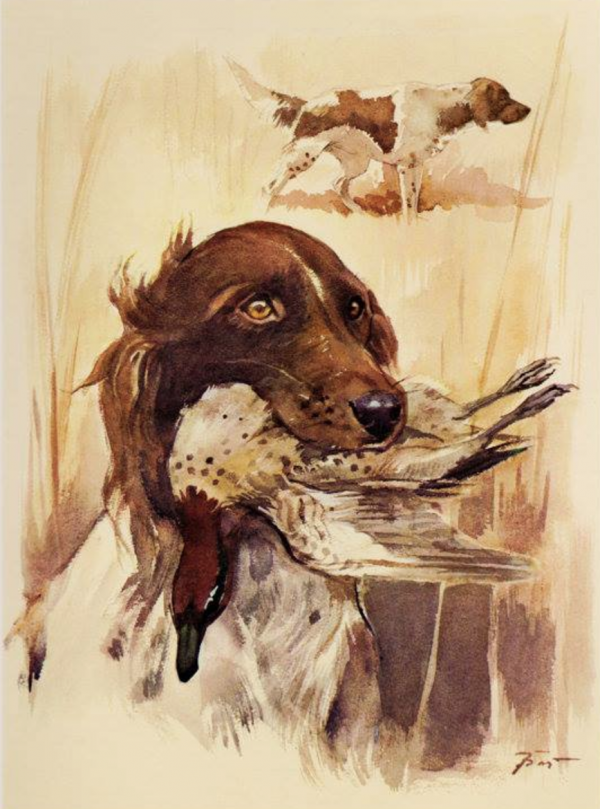 Tempting as it is to make “Herman Munster” jokes about these breeds, there’s nothing funny about the work ethic and appeal of the Large and Small Munsterlanders, two separate and unrelated breeds that can be traced back to distinct breeding stock.

The Small Munsterlander, a descendant of Falconers’ bird dogs, was originally bred exclusively for noble families. It became increasingly rare during the 1800s despite its intelligence and “team player” spirit. Happily, a few Small Munsterlanders started to appear in the U.S. and Canada in the 1970s. The Small Munsterlander Club of North America was formed then, and the popularity of the continues to grow.

The Large Munsterlander was the result of 19th century German Longhaired Pointer breeders living in Munster, Germany who choise to ignore a rigid rule in a new breed standard. The rule stipulated that only liver, or liver-and-white colors be allowed. Because this left out black and white pointers, the breeders decided to continue producing the black and white dogs based on performance and not appearance. They formed their own club in 1919 and called their breed the Munsterlander.