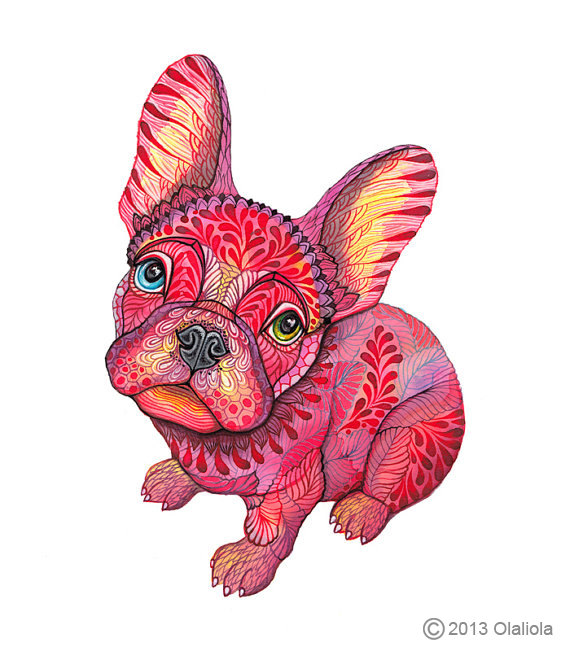 It’s been said that Britain and America are two nations divided by a common language, and while amusing, it’s not entirely off the mark. Differences can exist, as well, between England and European countries when it comes to interpretation of the same thing. Harold Spira notes that Europeans tend to define tulip ears as stiffly upright ears with slightly forward curving edges that resemble a tulip petal.  By their definition, bat ears closely resemble tulip ears in that they’re wide, fully erect, face forward and are rounded at the tip. The English, however, define the same term (tulip ear)  as rose, or semi drop ears, but which are more or less erect with edges curving forward and inwards.

The French Bulldog is most often cited as an example of a breed with tulip ears, a term used by both the AKC, Canadian, and Kennel Club breed standards.  Conversely, the FCI (Federation Cynologique Internationale) makes no mention of the “b” word, writing instead: “Ears: Medium size, wide at the base and rounded at the top. Set high on the head, but not too close together, carried erect. The ear is open towards the front. The skin must be fine and soft to the touch.”

Originally, Frenchies had both “bat” and “tulip” ears, and it was American fanciers who insisted that the “bat” ears were correct which carried over into the breed standard.  Had it not been for the objections of these fanciers, the breed’s bat ear would have been bred out of the breed and replaced with a rose ear resulting in a miniaturized version of the English Bulldog.

French Bulldog by Ola Liola of TevaKiwi is available as a sticker or print here.