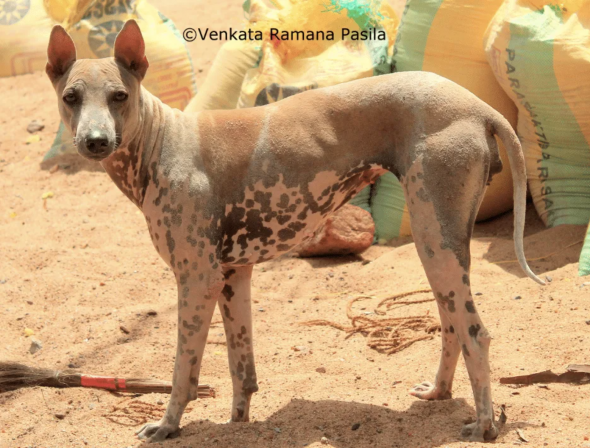 On the East Coast of India in the states of Andhra Pradesh and Karnataka is a dog that is becoming an increasingly rare sight where once it once was a common one; the breed known as the Jonangi has had a rough go of it.

In better days, duck breeders used the dogs to herd their waterfowl as they migrated between Kolleru Lake and Pulicat Lake near the Nellore district of Andhra Pradesh. Known also as the Indian Duck Herding Dog, a Jonangi moved with the birds and kept them safe from predators. Elsewhere, the breed was used as a hunting or herding dog, but primarily, it was known as a dog originally bred by duck herders. The work was something at which the dogs were very good. Their place of origin included stretches of marshland, and as such, the dogs were accustomed to traversing swales, wetland and bogs.

When farmers turned to more profitable sources of income, namely aquaculture, they no longer needed the dogs, and Jonangi were left to fend for themselves. They learned to catch crabs and fish and eventually became semi feral, but the aqua farmers they once helped now regarded them as pests and killed them on sight.

They were killed to near extinction. 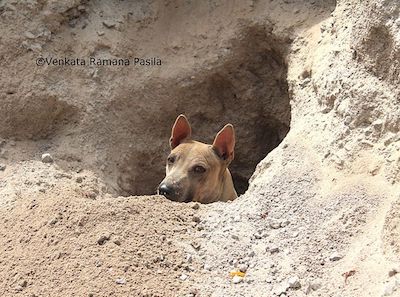 The breed described as extremely friendly and devoted to their people deserved far better. Indeed, one breed description we found said, “Pat a Jonangi dog once and they are never going to stop trailing you. They just love cuddling and even when they grow up, they would always want to be on your lap.”  It’s encouraging to read, then, that of late, some breeders and farm owners in Andhra Pradesh are interested in keeping the breed going to protect their chickens, ducks, and livestock from predators. One site reports that Jonangi are still available in the Nellore district of Andhra Pradesh, and if anyone is serious – truly serious – about having one as a member of the family, it appears that there are options.

Before any decision is made, however, one must do their homework about this (or any) breed, and there are a couple of mitigating factors to consider.

The breed is known for its agility. These dogs can dodge and weave undergrowth and over difficult terrain easily, in part because of where they originated, and also because the Jonangi had to fend for itself and escape certain death from an aqua farmer. Though it’s a medium sized dog (17″ to 21″), it has a long stride. Read: Keep one on a leash.

The Jonangi is also known to make yodelling sounds instead of barking and has been described as Asia’s only yodeling herder. Note to anyone living close to neighbors.

Currently, Jonangi is one of the 13 endangered Indian dog breeds. Though it is not recognized by the major kennel club, it is mentioned as a breed by S. Theodore Baskaran in his book, The Book of Indian Dogs, and local dog shows at beach festivals feature the breed frequently.

We found this video of an adult and pups that you may find interesting:

Image: Though both photos appear with copyright claims over them, the photographs of Jonangi were also posted by Vedichunt on Wikicommons under a Creative Commons Attribution-Share Alike 4.0 license which means it may be copied and redistributed in any medium or format. We share them to educate.

One thought on “Asia’s Only Yodeling Herder”