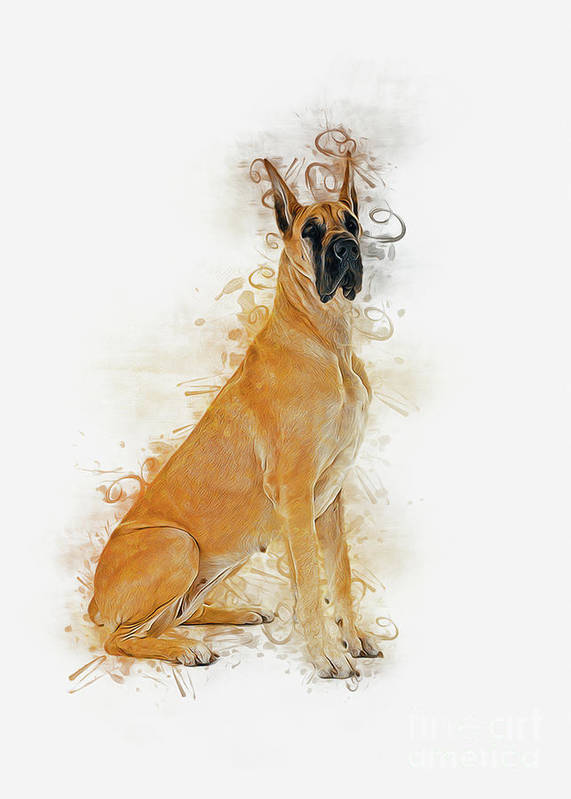 Though no one has ever complained, we are cognizant of the fact that when we post about famous people, many of them are from days gone by.  We don’t *think” we’re suggesting that those personalities were more interesting than today’s celebrity, but certainly time has allowed us to weigh and measure a person. We also think there is value is exposing younger readers to famous dog owners who came before them, and a lot of them have interesting personal stories. 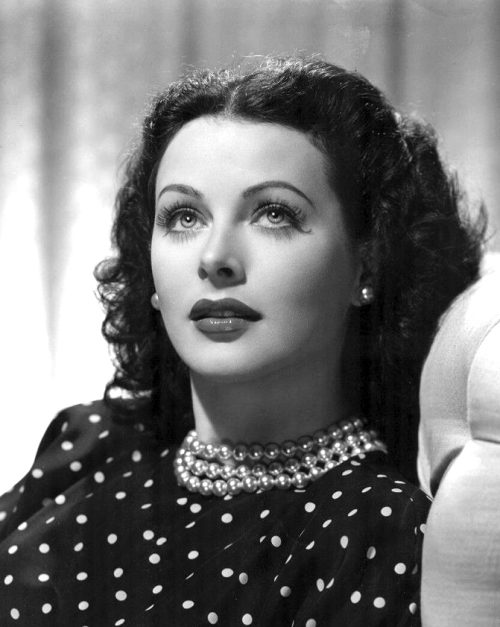 Publicity photo for the film The Heavenly Body, 1944 is shared from the public domain

Our concept of beauty tends to change with time, and in her day, Hedy Lamarr was considered the most beautiful woman in film. These are big words given that her contemporaries were Ingrid Bergman, Lauren Bacall, Rita Hayworth, Lana Turner, Ava Gardner, and others. Indeed, in the 1940’s, Lamarr’s profile was the most requested profile to emulate by women to their plastic surgeons (wait, you thought cosmetic surgery is a 21st century thing?)

As you look at Lamarr’s image, imagine softening her makeup, highlighting her hair, and changing its cut – and she is a still a knockout. Good bones, you know.

The Austria born actress started her career in 1930 with a bit part in the German film, but her fifth movie, a Czech film called Ekstase,  catapulted her to worldwide fame because she appeared nude. Truly tame by today’s standards, the movie was nonetheless banned by the U.S. government at the time, but by then, Lamarr’s notoriety brought Hollywood to her door, and the attention of MGM mogul, Louis B. Mayer. She signed a contract, but Mayer insisted that she make good, wholesome films from then on.

Interested folks can read the rest of he biography on-line, we’ll just add that she made a number of movies, including Samson and Delilah in 1949 which was Paramount Pictures most profitable movie to date, and the most profitable film of 1950. She made only six more films, the last in 1958.

What made Lamarr so interesting is what she accomplished when not making movies.

If you use Wi-Fi and Bluetooth, thank Hedy Lamarr.

During WWII, she helped develop the branch of knowledge dealing with “frequency-hopping” for radio waves that prevented radio controlled torpedoes from being jammed by the enemy. This extraordinary new communication system lead to directly to the technology behind WiFi, Bluetooth, and GPS, and was one of the key communication systems used during the Cuban Missile Crisis. She also invented a radio-guidance system for torpedoes, as well as a fluorescent dog collar.  Indeed, many have dubbed Hedy Lamarr  “the mother of Wi-Fi” and wireless communication.

Among her other patents, Lamarr is credited with a traffic regulation system, a significantly improved version of the traditional traffic light. Specifically, it was a better switching of red and green lights that was more “driver friendly.”  She also invented a tablet that would dissolve in water to create a carbonated drink, namely, the first effervescent tablet (think Alka Seltzer).

When Howard Hughs was her boyfriend, she battled boredom by engineering the design of faster aircraft. She analyzed the shapes of the world’s quickest fish and birds, and then created a more economical, speedier wing design for Hughes.  After she showed the designs to Hughes, he said to her, “You’re a genius.” She probably was.

Lamarr became the first woman to receive the Invention Convention’s Bulbie Gnass Spirit of Achievement Award. In 2014,  she was also posthumously inducted into the National Inventors Hall of Fame.

Sadly, the remainder of her life was difficult. She was married six times, lost the relationship with her son, was jailed for shoplifting, and lived out her life as a recluse talking with people only on the phone. She passed away in 2000, her ashes spread at the foothills of the Northern Alps. We’d like to think that she got comfort from the Great Danes she owned in her life, both a brindle and a fawn, though we don’t know which was “Donner.” We don’t have permission to share photos of her with her Danes, but you can see one here, here, and here.  One more.

Image: Great Dane by Ian Mitchell is available as fine art, and in home decor and lifestyle items here