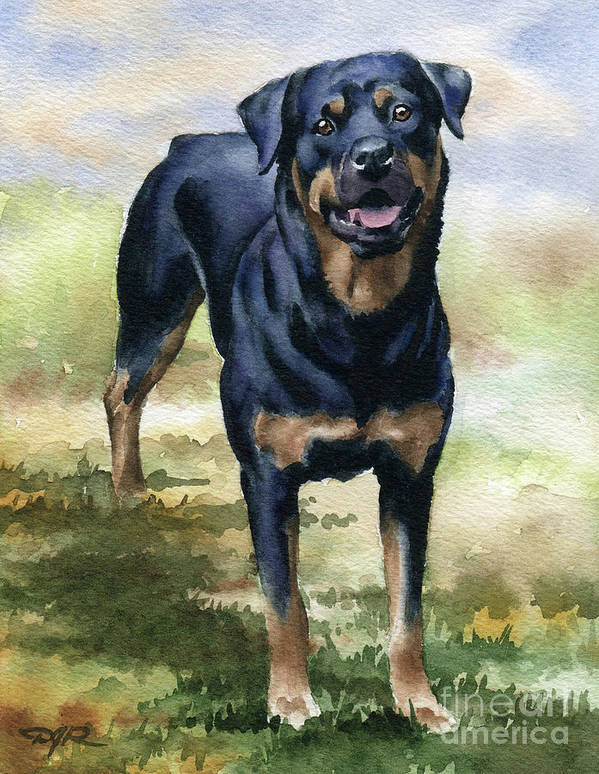 In 2021, the AKC listed the Rottweiler as the 8th most popular breed by rankings. Indeed, if you show dogs, it’s hard to image a dog show without seeing one in a ring or strolling by.  In 1863, however, Germany’s first dog show had an entry of 543 dogs, and not one of them was a Rottweiler.

The first recorded use of the name in connection to a dog breed was in reference to one dog entered by that name at a dog show in Heilbronn in 1882, and that dog was said to be a poor representative of the breed. To be more precise, the dog “bore little resemblance to our present requirements,” according to O.Hell, leader of Germany’s national Rottweiler Breed Society in 1926. The dog was nearly the same height as today’s Rottie, but it was half the weight. Yikes.

It was hardly the breed’s fault. Under a new law at the time, cattle in the country were to be transported by railroads and the Rottweiler was out of a job.   The breed went almost extinct, so it was hardly surprisingly that only one Rottweiler was entered in a dog show.

The second known recorded use of the name, Rottweiler,” showed up in a caption under a studio photo of a Rottweiler double-harnessed to a cart attended by an old woman (it may have been this photo) taken in 1890. Over the next year years, however, the breed still didn’t get any love, so to speak: A dog show sponsored by King Karl of Württemberg had an entry of 660 dog, but no Rottweiler. A national all-breed stud book and an all breed working dog stud book were published, but neither included the Rottweiler.  A “definitive” look at dog breeds, “Die Rasse des Hundes,” by Ludwig Beckmann was published in 1894 – and guess what was missing.

The third recorded mention of the name, Rottweiler,” came in 1899, and even then, it was a ghostly mention having to do more with another breed, the Leonberger, than the Rottweiler. Translated into English, the breed society formed by one Albert Kull was The International Club for Leonberger and Rottweiler Dogs. Inserting the word “Rottweiler” in the club’s name was, to our eye, misleading since a document associated with the club only touched upon coat color and length for the Rottweiler,  and that was about it.

If there was a pivotal year for the breed, it would have been 1905. That year, the leading dog expert in Germany, Richard Strebel, not only mentioned the Rottweiler in his published book, “German Dogs and Their Descent,” but included a drawing of a Rottweiler along with some breed history (it may have been this drawing).

Also in 1905, the Dog Show of the Association of the Friends of Dogs in Heidelberg had a rather unique draw.

It was announced that a fine dog of an unusual breed and “irreproachable character” would be presented to the honorary president of the dog, and that dog was a Rottweiler. On that occasion,  Albert Graf, one of the eventual founders of the first realistic breed club, the Deutsch Rottweiler Klub, announced that he would undertake an organized development of the breed. The very next year in 1906, his Rottie, “Ruß vom Brückenbuckel,” won the open class at three international dog shows (quick work, that), the same dog who would be the first entry in the first edition of the club’s breed book.  Ruß went on to become a significant dog in the club’s early years: He sired a fifth of the 399 dogs appearing in the first volume of the breed book (our sense is that was a stud book) for the years 1907-1914.

The Rottie had arrived.