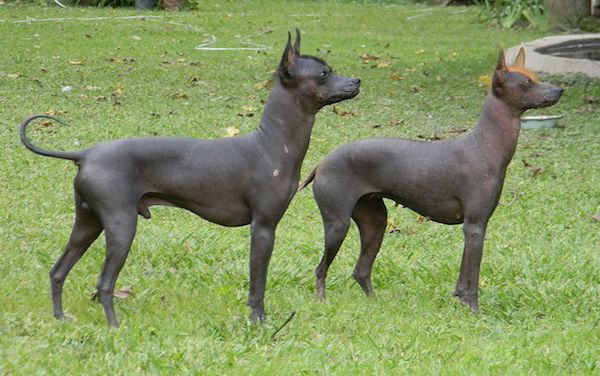 Not every dog we discuss here is a purebred recognized by an established registry: Some breeds are a “work in progress” whose supporters are working to establish their status as a purebred, and not a land race. Other breeds we mention raise more questions than we have answers, and the Argentine Pila Dog is one of them.

There are those who won’t capitalize the pila’s name because they believe it is simply a variation of the Xoloitzcuintli. Others, however, believe that the Pila is an Argentinian version of the Peruvian Inca Orchid Dog from which it is thought to have descended. Pila dogs were recorded in Buenos Aires as early as the 15th century (and are still being bred there), but there is evidence of their existence in the area as far back as 3,000 years ago. Indeed, the Argentine Pila Dog is believed to have arrived in Argentina as a gift from the Incan Empire as a gesture to strengthen political ties, and the theory is supported by how closely the Argentine Pila Dog and the Peruvian Inca Orchid Dog resemble each other.  Both come in three sizes ,small, medium or large, and both can have coated puppies in a litter as well as hairless.

Is the Pila a different breed from the PIO, or is it simply a variety of the Peruvian Inca Orchid Dog that appeared in different locations of one region? We don’t know.

We do know that Pilas were held in high regard by indigenous, middle class and peasant Argentinian families in the Northwest who coined their name from the colloquial Spanish term for ‘hairless’ or ‘naked.’ Like the other hairless breeds, Pilas are valued for their warm skin and used as bed warmers and canine hot water bottles for people suffering from rheumatism or arthritis. Pilas are also excellent watchdogs as they are hyper alert to unusual movement or noise in their surroundings