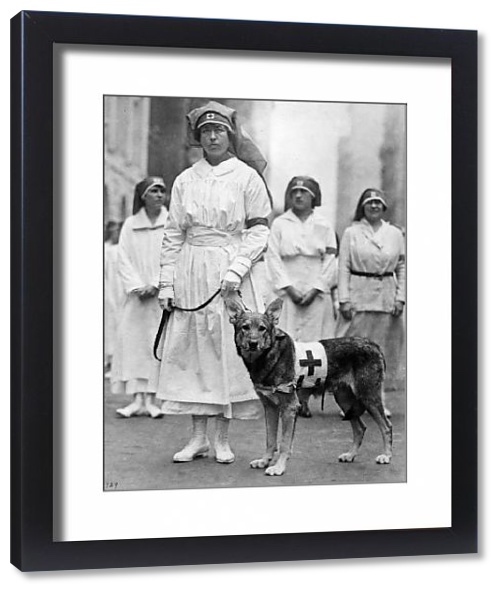 Some of the best “official” moments at the Westminster Kennel Club Dog show are the ones that occur off camera, or in between group judging: The honoring of the 9/11 dogs in 2002 saw the dogs and their handlers take part in the moving ceremonies as Glenn Close sang “God Bless America” to a rousing response in the arena: 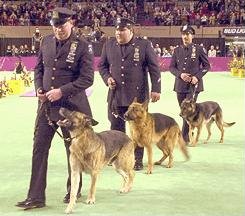 Another was a tribute to therapy dogs, and one of them was a 155-pound, black Newfoundland named “Josh” who’d won Best in Show at the Garden in 2004…

There is footage of an Obedience Demonstration in 1949:

In 2006, an enthusiastic crowd at the Garden saluted individuals and organizations in the dog world that joined with Westminster in participating in rescue and recovery efforts after devastating Gulf Coast hurricanes of the previous Fall;

Perhaps one of the earliest such moments was in 1917 when there was another honoree at Westminster, the German Shepherd Dog, Filax of Lewanno. On the second day of the show,  the most asked question was: “Where is the war dog?”

The German Shepherd Dog was worth the excitement. He served for more than one year in the allied trenches of WWI, and had rescued 54 wounded soldiers from grips of hell on a Somme battlefield in France. Sadly, few details about the heroics of Filax were found, but we’ll keep looking!

Image: Photo of a Red Cross nurse standing with decorated war hero, Filax of Lewanno, during the Red Cross parade in New York City in October, 1920.