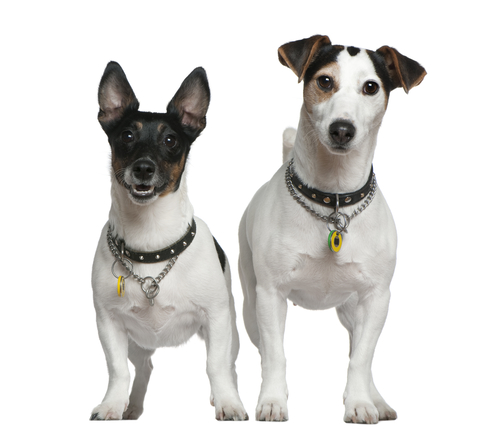 A caveat: We’re not Irish and we don’t speak Gaelic, so on this topic, we defer to those who do, and welcome their insights on our homework!

The Irish word for a “terrier” is “brocaire,” also seen as Bhrocaire. We “Yanks” use the word, “terrier,” and what both terms have in common are their roots in other words relevant to the type of work these dogs do.

“Brocaire,” on the other hand, is based on the word, “broc” meaning badger. The word is the same (or nearly the same) in other Celtic languages: In Scottish Gaelic, it’s broc; in Cornish: brogh. The Welsh would say broch, and in the Southwestern Brittonic language known as Breton, it’s broc’h.

What about the last part of the word, aire?

The suffix “aire,” frequently indicates an occupation, as in “iascaire” (fisher).

Returning back to the Irish word for “terrier,” “brocaire,” then, refers to dogs/breeds that were bred to hunt badgers by digging down into their “setts” or brocacha, to locate them. Put another way, “brocaire” means “badger-dog,” the literal translation of what “Dachshund” means when translated from German.

With more than a little help from a language site on Gaeilge, or Irish Gaelic, additional forms for “terrier” look like this:

In any language, these marvelous feisty, mischievous, energetic and comical dogs are, to paraphrase English writer and humorist, Jerome K. Jerome, “born with about four times as much original sin in them as other dogs are.”