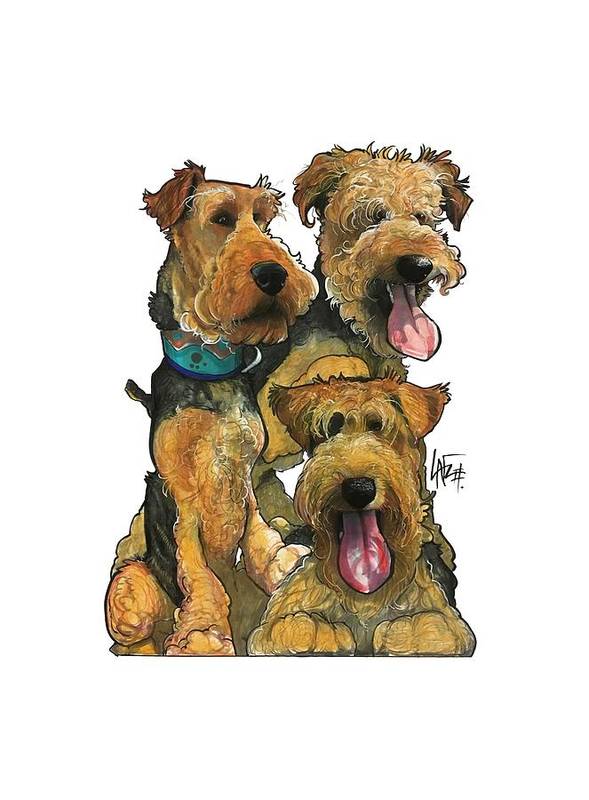 Were it a dog’s name, it wouldn’t meet today’s AKC limit of 36 characters, but it was the early name of breed, and we don’t know what AKC policy was regarding the length of a breed name back in 1888 when it was recognized (today, the distinction of having the longest breed name belongs to the Nova Scotia Duck Trolling Retriever).

“It” was the Welsh Black-and-Tan Rough-Coated Terrier, and early fanciers couldn’t be faulted for naming the breed as they saw it: It was Welsh, it was rough coated, it was a descendant of the Black and Tan Terrier, and it was old: many cynologists claim it’s the oldest existing breed in the UK). A true working terrier, the breed we know today as the Welsh Terrier was bred to hunt badger, fox and otter. Some fanciers today insist that the breed retains so much of the hunting instinct that it could be used as a gun dog with a little training.

Because of the breed’s coloring, it was sometimes known as the Old Reddish-Black Wirehaired Terrier. In fact, the earliest recorded description of the Welsh Terrier was in 1450 by a Welsh poet, who described “a good black and red bitch to choke the brown polecat.” In Welsh, the breed was Daeargi Cymreig.

When the Kennel Club in London recognized the breed in 1887, it was as the Welsh Terrier, and by then, the breed had already been shown at an Agricultural show held in Pwllelli, North Wales in 1885. Three classes with an average of 30 dogs per class were evaluated by two judges, Mr Griffith Owen and Mr Humphrey Griffith, both from North Wales. The gentlemen are described as having sat on chairs in the ring as one dog at a time was brought in for judging. The men took notes which they then compared with each other,

That same year, the first two imports to the U.S. were registered by the AKC and were shown initially in the Miscellaneous Class. The first AKC champion came four years later, a dog named Nigwood Nailer.

Image: Krivka by Canine Caricatures By John LaFree is available as a print here