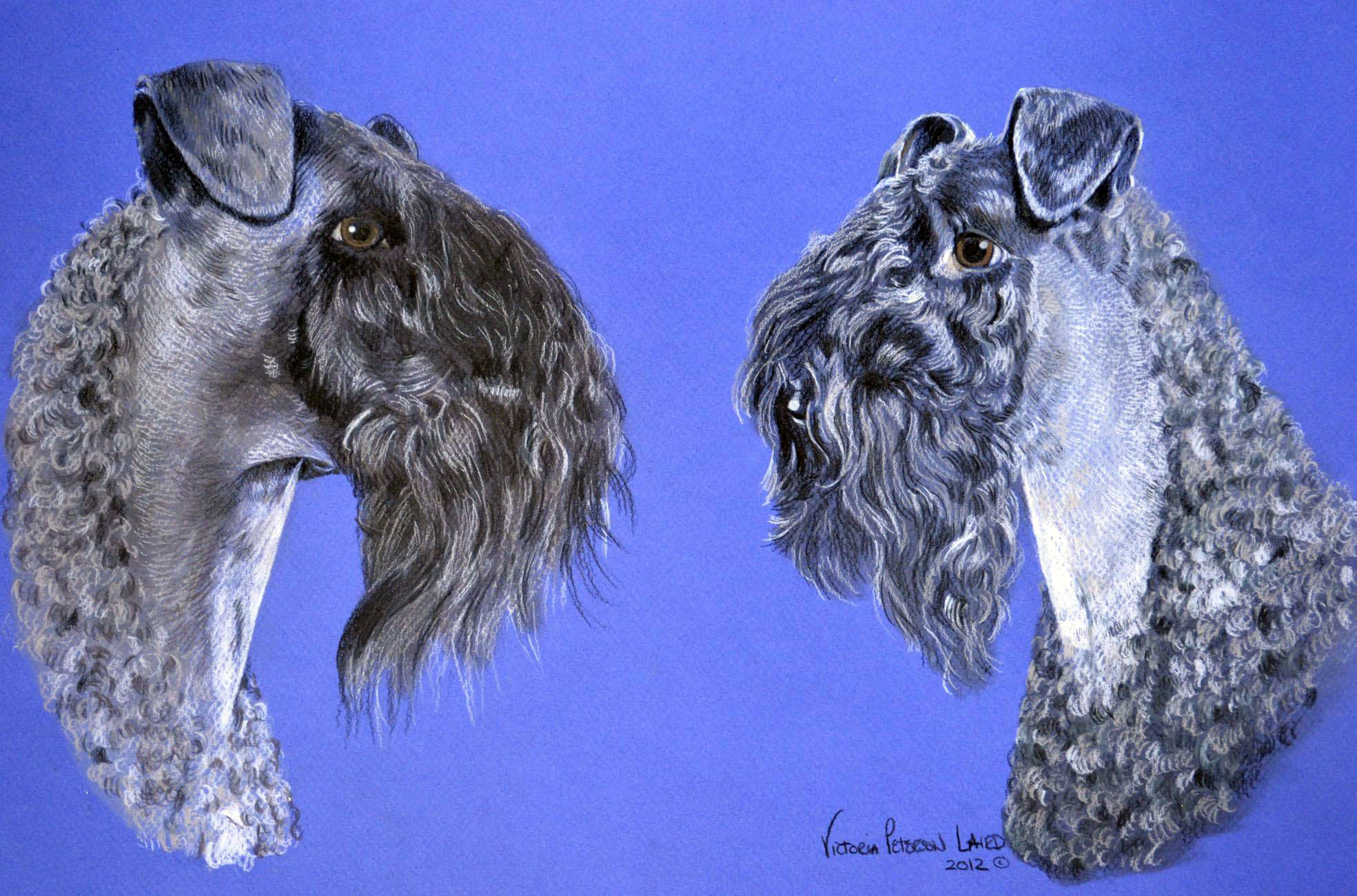 On this day in 1921, the first St. Patricks Day’s Kerry Blue Terrier Specialty was held in Dublin. But came before then?
County Kerry, a mountainous area around Lake Killarney in Ireland, is the Kerry Blue Terrier’s home and birthright, but legend refers to the Russian “Blue Dog,” a blue terrier that swam ashore from a shipwrecked Russian vessel marooned in Tralee Bay. Once on land, the dog enjoyed romantic dalliances with local wenches of the canine persuasion to produce the Kerry Blue Terrier. True or not, the Kerry Blue Terrier, or Irish Blue Terrier, as he’s sometimes called in Ireland, has been known and purebred there for well over a hundred years as a tireless working terrier who hunted, controlled vermin, herded stocks and guarded the home.
The Kerry was first shown as a breed around 1916. In fact, one of the more active historic characters in Irish History was Michael Collins, an owner and exhibitor of Kerry Blue Terriers who competed with his dog, “Convict 224,” for the Wyndham Quinn trophy in 1920 during the Irish revolution with exhibitors from all sides of the political divide. Leave it to dog people to put aside politics for a dog show. The breed was exhibited at Cruft’s and Westminster in 1922, and two years later, the Kerry Blue was officially recognized by the AKC.
“Lazer and Liviah” by Peterson Laird
http://petersonlaird.com/