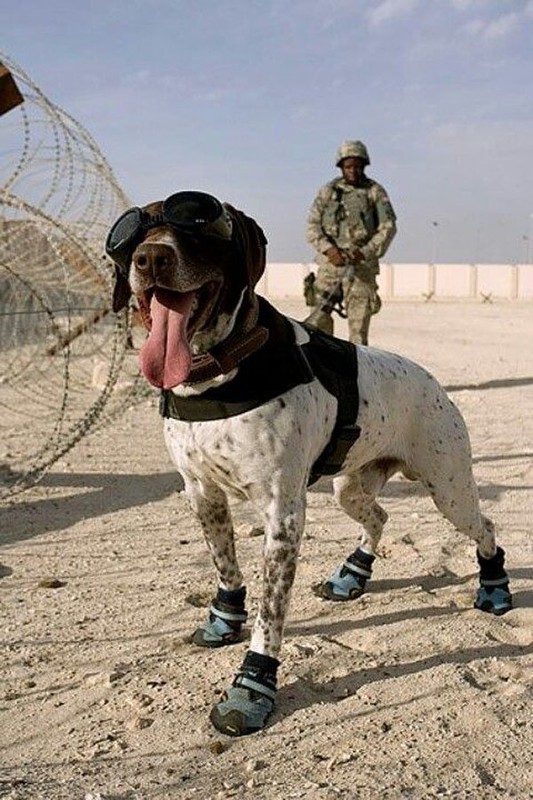 The 380th Air Expeditionary Wing is a provisional unit of the United States Air Force Air Combat Command established in 1942. About 1,200 active duty military members, Reserve, and Air National Guard personnel make up the Wing – uh, make that 1,201. We need to include “Haus,” a German Shorthaired Pointer trained to sniff out explosives. “Haus” searches vehicles and packages for explosives upon entry to the base, but also is part of random walking patrols for suspicious packages and activities.

The TSA also uses German Shorthaired Pointers, including a six year old lass named Pina. She’s been part of the Transportation Security Administration’s canine explosives team since about 2014 and was one of more than 800 such dogs stationed throughout the country. As part of the official canine explosives team, she sniffs boxes and crates in New York and New Jersey for any suspicious odors, and if she does, Pina sits and is rewarded with her favorite toy.

Did you know that you can adopt one of TSA’s bomb detecting dogs? Check it out below:

Photo of “Haus” and his handler, Air Force Staff Sergeant Zerrick Shanks, as they perform a perimeter sweep at an undisclosed location in Southwest Asia. Air Force photo by Kevin Hubbard