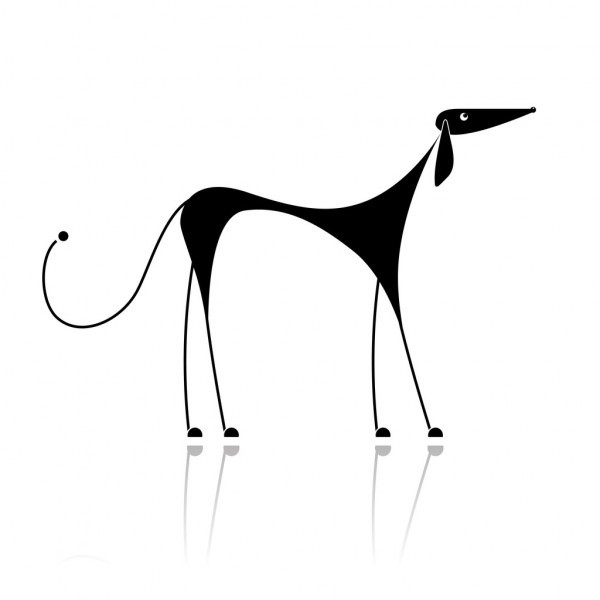 When that happens, when the muscles along a dog’s shoulder blades are prominent, or appear to be excessively developed, that dog is said to have  “loaded” or “bossy” shoulders.

It can be spotted when such a dog is standing in its natural stance (as opposed to being hand stacked by the handler) and its front feet turn in. The amount of distance (or separation)  of the shoulder blades at the withers can also be an indication of being “loaded in the shoulders.”  The width of space can vary from the width of one finger to more than the width of four fingers, but much depends upon the dog’s size and breed. If the tops are separated by more than the normal space for the breed, the dog’s elbows should be checked to see if they are out when posed or moving.

“Bossy shoulders” pull in the shoulder blade and push the elbows out so that they stick out from the sides of the ribcage. When a dog is said to be “out at the elbows,” it may very well be caused by being “loaded in the shoulders.”

Having a fault in one area of a dog typically means that something else is amiss, as well, because in dogs (and every living thing for that matter), correct and balanced structure hinges on all aspects of the dog being correct. This is why a sound dog is such a thing of beauty!

We don’t have permission to share any photos – or even drawings – we came across of “bossy shoulders,” but if someone has one they can share with us, we’d be most appreciative and happy to give full credit.