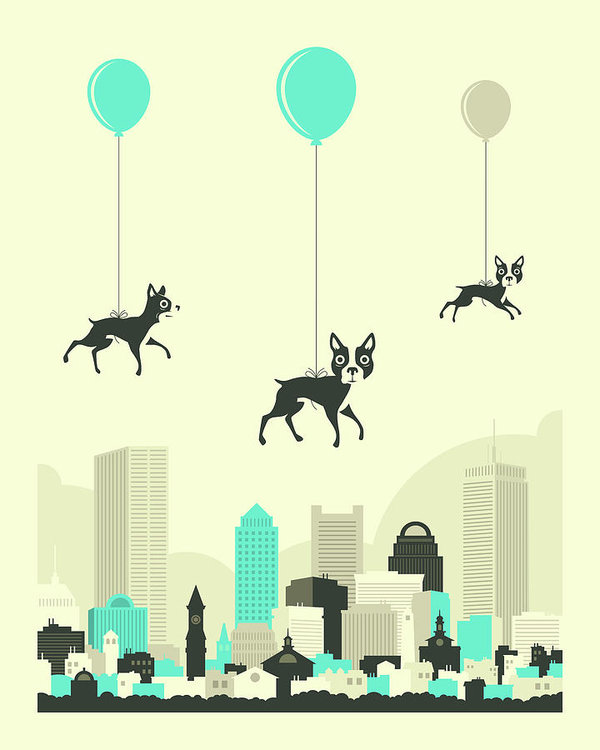 The Boston Terrier dog was never intended to be a dog to be carried in one’s pocket, but we’re tickled by the way a certain Edward Axtell described breed size in the late 19th century: “To my mind the ideal dog is one weighing from 15 pounds for my lady’s parlor, to 20 or 25 pounds for the dog intended as a man’s companion, suitable to tackle any kind of vermin, and to be an ideal watch dog in the house should any knights of the dark lantern make their nocturnal calls.”

Knights of the dark lantern? We’re not sure what these are, but we like it how it sounds.

Axtell went on to recount a conversation he had with the nephew of Senator Henry Cabot Lodge: “Edward, I want a Boston big enough to take care of himself if anything happens, and of me also, if necessary, weighing about 35 pounds.”

Back in 1895, there were two classes for weight in the Boston Terrier: the light weight, from 15 to 23 pounds, and the heavy weight, from 23 to 30 pounds, inclusive. These days, there are three weight categories divided by classes: Under 15 pounds; 15 pounds and under 20 pounds,  and 20 pounds but not to exceed 25 pounds. In either century, Henry Cabot Lodge’s nephew would have been hard pressed to find a bred-to-standard 35 pound Boston Terrier

Axtell, however, had an opinion on this as well. He wrote, “While a great many breeders always select for the production of large pups large bitches and dogs, yet experience has proven that the majority of big ones have been the offspring of medium sized dams that were bred to strong, heavy-boned dogs of substance. I bred a bitch weighing twenty pounds to a large bull terrier that weighed forty-five pounds for an experiment, and the pups, five in number, weighed at maturity from thirty-five to forty pounds, with noses and tails nearly as long as their sire’s, and his color, but were very nice in their disposition, and were given away for stable dogs. Progressive up-to-date kennel men will see that they have on hand not only the three classes called for by the standard, but the fourth class, so to speak, that I have mentioned above, those weighing anywhere from thirty to forty pounds.”

Image: “Flock Of Boston Terriers” by Jazzberry Blue is available on canvas, metal, and wood here.