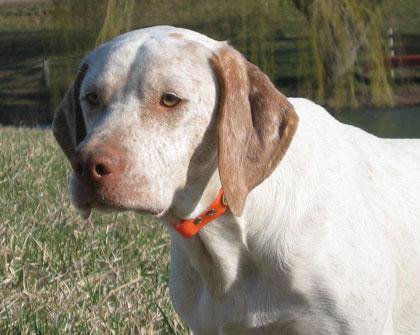 The old quip, “everything old is new again” could be said of the Braque du Bourbonnais (pronounced brock-do-bor-bon-NAY). References to this ancient and keen pointer are found in the 1500s and include an illustration entitled, Canis sagax ad coturnices capiendas pantherinus (or “keen scented panther-like dog for catching quail”) that depicted a dog keenly similar to today’s Braque du Bourbonnais.

By the 1960s, however, the breed seemed to have vanished.

The breed would find resurrection in the 1970s through the efforts of Michel Comte, now considered the father of the modern Braque du Bourbonnais, but thought to be a dreamer at the time. Craig Koshyk quoted Comte in his fabulous book, Pointing Dogs, Volume One: The Continentals:

“I come from a family of hunters. My father and grandfather hunted mainly with running hounds, but we had a Braque d’Auvergne as well. When I was about 16 or 17 years old, I got the idea that it would be nice to have a Braque du Bourbonnais. I was fascinated by the unique lilas passé [faded lilac] color of its coat. I dreamed for many years about owning such a dog. But everyone told me not to bother; the breed was dead. Then one day I just said: To heck with them, I will recreate it!”

Dreams can come true.  The photo below taken at the First Nationale d’Elevage, Néris-les-Bains in 1985 and shows what Comte and a group of devoted breeders accomplished (the photo is from Comte’s blog): 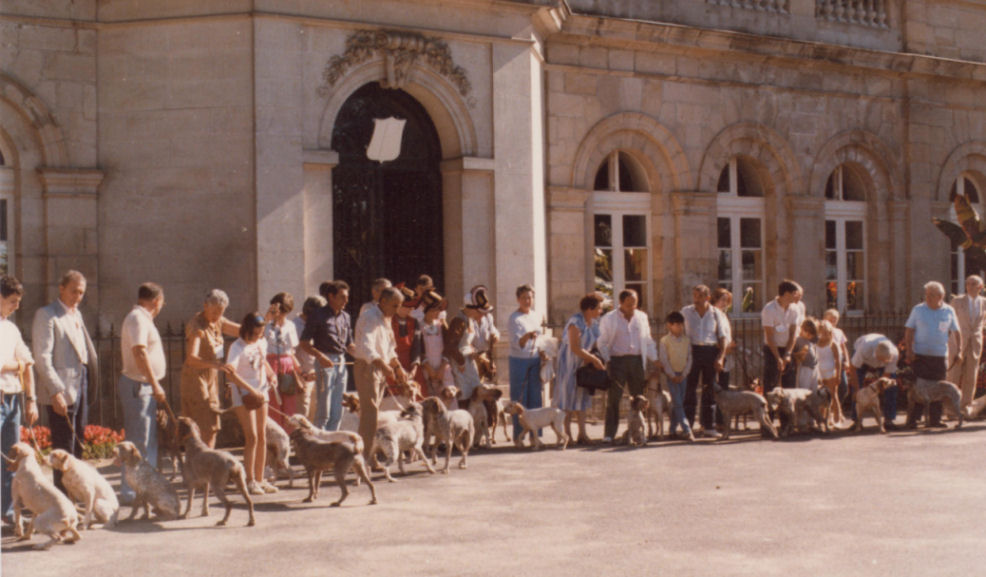