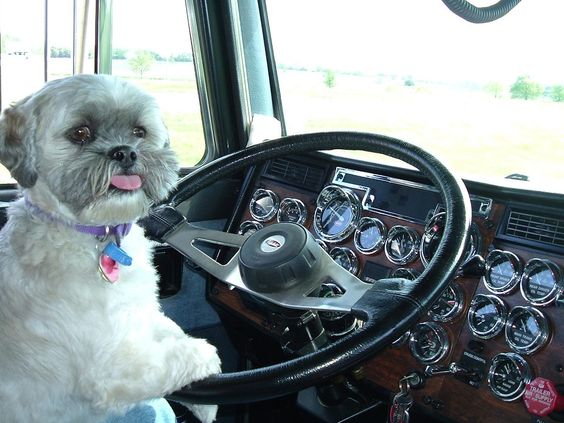 As we write, we are all in the throes of the Corona Virus, or Co-Vid 19, and fingers crossed that one day soon, we will look back on this time of social distancing, vigorous hand-washing, and shelter-in-place as a bad memory. Certainly, the people who have lost loved ones or had their own health compromised will never forget this point in our history.

There are many heroes during such times: Doctors, nurses, and health care providers are stretched to capacity, and first responders don’t have the luxury of social distancing. Add to this the people who stock store shelves and not only have to deal with long hours, but with surly customers. No doubt there are others, but we want to use this moment to give a “shout out” to unsung heroes we don’t always think about: Truck drivers.

Someone has to deliver the hand sanitizers, toilet paper, canned goods, alcohol, produce and meat to the store. Someone has to collect these items from railcars, ships, and warehouses, and they are truckers.

And guess what? A whole lot of them have as dogs as their “co-pilots,” and a bunch of these dogs are purebreds. 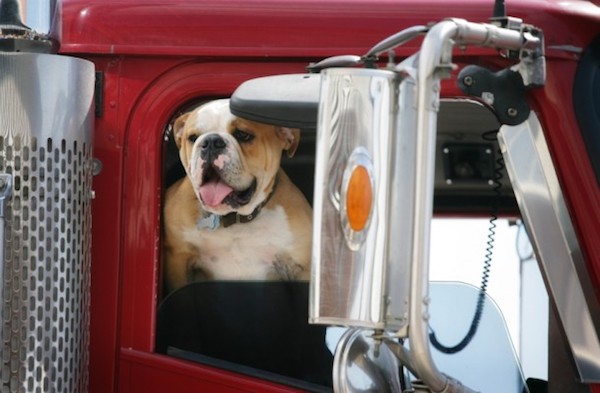 Some drivers own their own trucks, but even more drive for trucking companies, and many of them have recognized the value of allowing their drivers to take a dog along. Among them:

Roehl Transport. It has an entire community built around pet-owning truck drivers. On their Facebook page, they regularly run stories about drivers and their companions in a feature called Pawsitively Roehl;

LTI Trucking Services which reports that almost 40% of their drivers bring a pet with them on the road. They allow dogs and cats up to 60 pounds (a 60 pound cat????) and make exceptions such as the driver who takes his talking parrot on the road;

J.B. Hunt allows dogs that weigh 60 pounds or less, though it requires a $300 pet deposit;

Interstate Distributor, possibly the company that allows its drivers to take two pets when driving. Trucking yards at Interstate Distributor even have room for pets which gives a trucker a place to put the dogs while their conducting business inside a building instead of leaving them in the truck;

Knight Transportation, a national company, lets its drivers travel with one dog or cat. They do have a weight limit of 30 pounds and require a $400 deposit, $200 of which may be refunded when the driver stops driving for the company.

Taking a pet on the road means being savvy about making stops and knowing where there are truck stops with parks:

If you need to leave the house (and during this time, it had better be for a good reason!) and you spot a trucker on the road, tap your car horn a couple of times and give him or her a thumbs up.