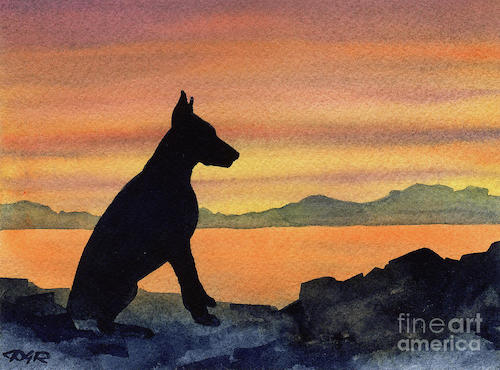 Richard Beauchamp wrote one of the dandiest books ever on understanding type, and it’s difficult to disagree with his conclusion that five aspects of a breed determine its “type:” Silhouette, head, gait, coat, and breed character.  We are emboldened to go a step further in narrowing down the field because when the coat is shaved off a coated breed like, say, a Komondor, type is more difficult to discern for all but a student of that breed. Breed character and gait, too, are impossible to ascertain from a photograph, and thus we are left with the silhouette and the head.  In our view, however, it comes down to a breed’s head.

Because if one were faced with photographs of two breeds in which the head was covered, we might struggle to tell the difference between, say, a Boerboel or any other Molosser breed bodies, many of which have a comparable body size, shape and color. We concede that this Point of View falls apart when one points out the singular silhouette of a Bedlington Terrier even when it’s head piece is hidden from view, or if the ears are left natural on a breed that also allows cropped ears; That said, we still feel the head is hugely important and we’ll use the Doberman Pinscher as an example because this is a breed that, depending upon the country, may be shown with natural or cropped ears. It should be noted that from the beginning, the Doberman has been cropped and it is seen by the parent club in the United States as an essential breed characteristic. That said, a breed is more than just its ears which is why we think the rest of the head warrants attention. 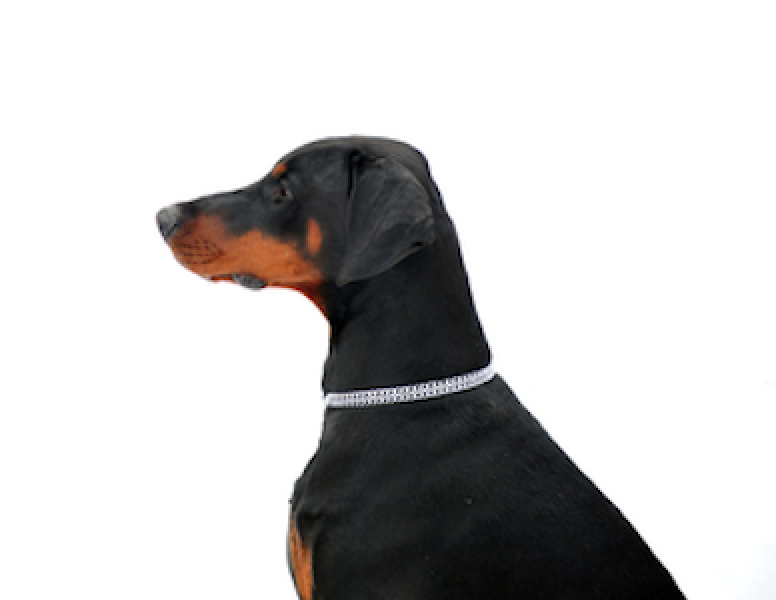 The AKC breed standard calls for a long and dry head (“dry” meaning no looseness of skin) that resembles a blunt wedge in both frontal and profile views. This breed has a flat skull with smooth planes on the side of the head. There should be no curves that can give a softer look to the head because this is contrary to the characteristic appearance of the breed. Indeed, even when approaching the dog head on, one should see two flat planes fitting flush with the sides of the head.

The muzzle should be full to ideally house full dentition (four or more missing teeth is a DQ in this breed), and its length should be equal to the length of the backskull.

There can be a multitude of ways in which a dog’s head can fall short of this description;  the frontal arch may be too prominent. The muzzle might be too short, too coarse, too snipey or too wet. The dog could be dish faced, down faced, or have a roman nose. Erect ear carriage may be off, one reason that that AKC standard doesn’t describe an uncropped ear because in the AKC, this is a cropped breed. As the illustrated guide points out, “Dobermans with uncropped ears deviate from the standard twice — first by not having cropped ears, as required by the standard, and second by not having an erect ear carriage.”

When the dog meets the breed standard, the head of a Doberman Pinscher is a thing of beauty as seen in the photo below which appears courtesy of the AKC: 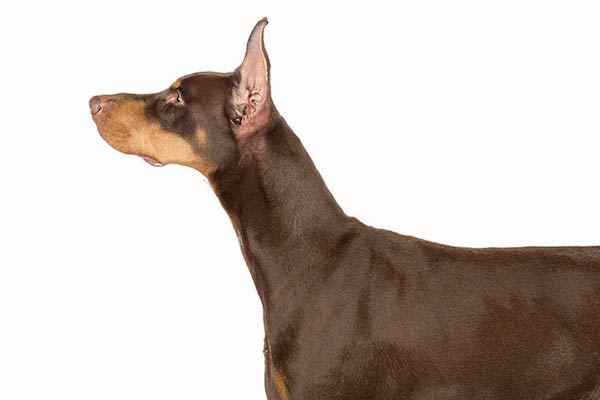 In evaluating a Doberman Pinscher, it’s a mistake to put too much emphasis on the head, and indeed, most Doberman fanciers regard the head as being equal to other type-defining attributes,  but as this is a post on “silhouette type,” we are of the opinion that the head is a big part of it.