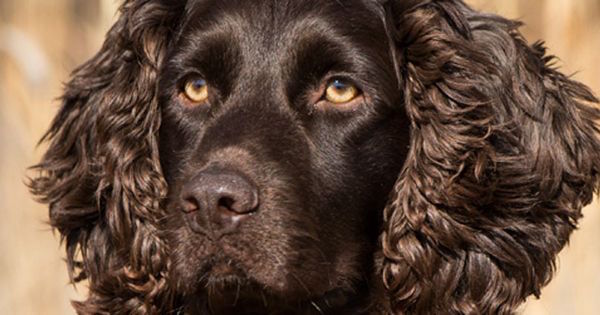 The image below is considered the most popular stamp in the series of South Carolina Migratory Waterfowl Stamp and Print Program in 1988, and we think we know why. When the Boykin Spaniel was featured as a Purebred of Interest, owners, breeders and fans of this breed came out of the woodwork to support their breed and rocked our site for two days. 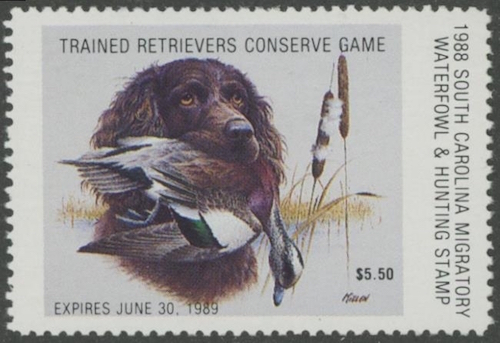 The stamp was designed by the famous wildlife artist Jim Killen (an artist we were thrilled to have enter National Purebred Dog Day’s First Annual Fine Arts/Poster Competition in 2016). The breed, however, was designed (so to speak) by hunters whose haunts were the swampy areas of South Carolina; they needed a dog that would fit into sectional boats reassembled and held together by bolts.

The Boykin, now the official state dog of South Carolina. was bred specifically to hunt wild turkey along the banks of the Wateree River, but these dogs also excel in dove fields. We don’t think it’s possible to mistake the breed for something other than a Boykin. once you know what you’re looking for. This is a little brown dog with a spaniel’s flop ears and a deep liver-brown coat, bleached to reddish fringes by the sun. It’s said that the docked tail came as a man-made modification to keep a long twitching tail from rattling leaves in a turkey blind. Some say the breed’s most outstanding feature is its personality, but we’d have to disagree. After looking at our thumbnail image, can there be any doubt that it’s those eyes?

Boykin friends,share pictures of your Boykin!