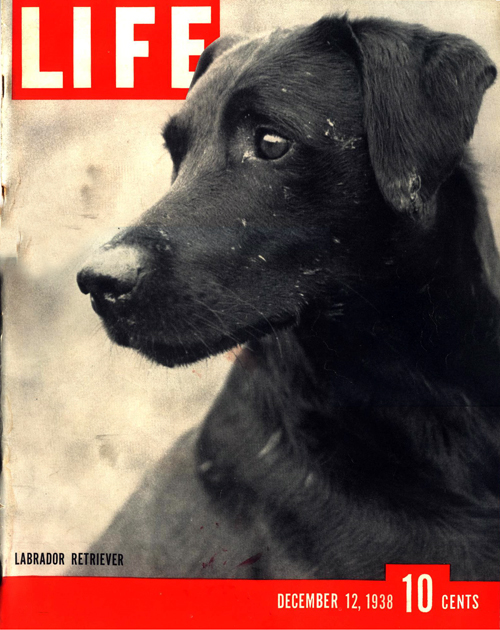 He was a politician, businessman, and diplomat who served as Secretary of Commerce under President Harry S. Truman, and later was the 48th Governor of New York. He was a candidate for the Democratic presidential nomination in 1952, and again in 1956, but Averell Harriman considered a 1936 retriever field trial one of the most challenging ordeals of his life.

Harriman had great Labrador Retrievers. His “Arden Kennel” dogs came from fine English stock and were highly competitive dogs trained and handled by British experts brought in to be game stewards and kennel managers. But at one particular field trial, Harriman was informed that he would have to handle his own dogs in the Amateur Open Class, and no amount of last minute practicing could save the man from his own complete lack of experience. Worse, his dogs had been trained to respond to the unique whistle of one of the kennel managers, and Harriman couldn’t imitate it. Things looked grim, and the only hope was that the Labs’ inherent ability would see them through.

Two of Harriman’s dogs were eliminated in short order, but a third dog named, “Blind of Arden” remained as one of three finalists. Harriman mishandled the directions he gave the dog, and watched in horror as “Blind” trotted past the very tree he needed to approach. Unable to whistle to get him back on track, Harriman prepared to lose in humiliating style, but as “Blind” ran back, it was clear that he had a bird in his mouth. Unlike the other finalists who’s been eliminated, “Blind” prevailed despite horrible handling.

“Blind” won the No. 1 U.S. retriever stake of the year and had his picture taken at Southampton by LIFE photographer George Karger. He is believed to be first dog to appear on the cover of Life Magazine when his photo appeared on the December 12, 1938 cover.

To see more pictures of “Blind,” and a wonderfully comprehensive article about him by Amy Fernandez, read here.