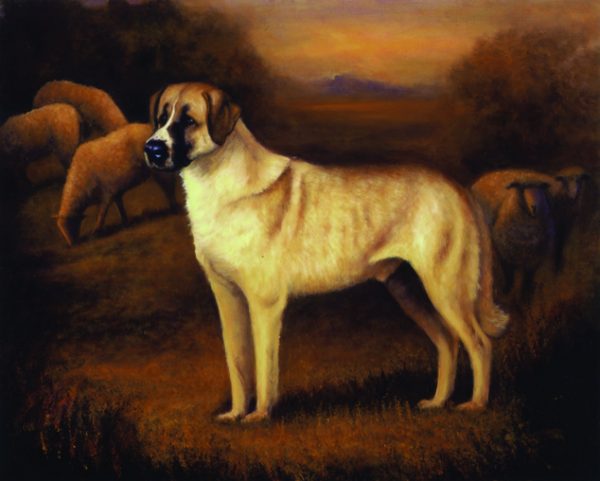 Before synthetic fabric materials were invented, we wore clothing made of wool and cotton, both important industries in America. Cotton plants were unlikely to be attacked by predators, but sheep?  A very different story.

The 1930s were a time of experimentation when it came to finding the perfect sheepdog. The Puli, for instance, was first brought into the United States as part of a Department of Agriculture effort to find a dog that wouldn’t harm the very stock it was entrusted to protect. When the program was shut down, the Pulik were auctioned off to breeders and would become the foundation of the breed in this country. Another breed that found its way to America for the same reason was the Anatolian Shepherd.

Henry A. Wallace, the Secretary of Agriculture, happened to mention to the Turkish Prime Minister during a White House dinner that he was working on a secret federal project aimed at finding the perfect dog to protect sheep. We can almost picture the Prime Minister’s eyes lighting up as he suggested that Wallace consider the Anatolian Shepherd. Better yet, the Prime Minister promised to send him a pair!

The dogs arrived, but the female was not only pregnant, she was sick with a parasite. Only after tremendous effort of caring for the dog and helping her through labor was a litter of twelve healthy puppies born, but large breeds grow quickly, and pretty soon, the dogs were eating the facility out of the proverbial house and home.  This was in the middle of the Great Depression, World War II was about to break out, and the government couldn’t afford to keep the project going. When the whole thing was shut down, the Anatolians sold discreetly to a buyer from the Virgin Islands. We never did learn happened to the fourteen dogs.

For more on this story, including pictures and a David Letterman video, go here.