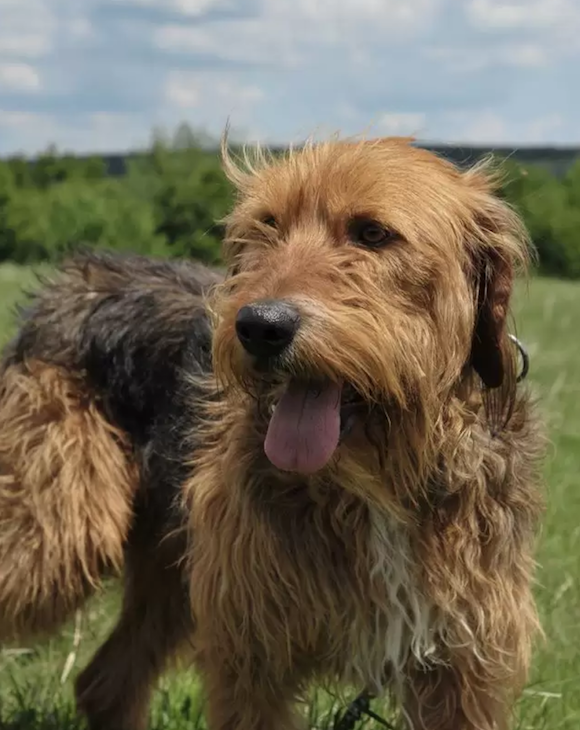 Not long ago, we posted about one of Bulgaria’s three native dog breeds, the Bulgarian Scenthound. Having already talked about the Karakachan in other posts, we turn now to the remaining breed – and Bulgaria’s most famous hunting breed – the Bulgarian Hound.

Also known as the Bulgarian Barak (“barak” coming from the Turkish word meaning “shaggy”), the breed is quite old and is thought to have descended from dogs that came from Asia thousands of years ago. It is also believed that after the Fourth Crusade, returning French knights brought the dogs back from the Balkans which started the famous line of Griffin hunting dogs used ever since for impressive scent tracking abilities. The breed drew greater fame from a story that emerged at the end of the Russo-Turkish War in 1877–1878 during the Siege of Plevna. A field marshal who commanded Ottoman forces during the siege, Osman Pasha, held the city for five months against superior Russo-Romanian forces but was captured after the siege. His primary concern when he was presented to the Russian officials was to ask that his Bulgarian Hounds be well fed and looked after.

Bulgarian Hounds often hunt alone (as opposed to being part of a pair or pack), track prey far ahead of their hunter, then bark to signal that they are on to something. Because they often work well ahead of their hunter, they can be independent-minded and freethinking – if not quite stubborn. This can mean that the breed isn’t suited for most first time owners. They are also tenacious: One dog is quite capable of bringing down some fearsome types of wildlife, i.e., wild boars that once roamed the Balkan region.

For anyone interesting in learning more, there is an active Facebook page, the National Club “ Bulgarian Barak hard hirsute hunting dog.” Most of the posts are in Bulgarian, but there are translations beneath each post, plus, there are photographs of this highly appealing shaggy dog.