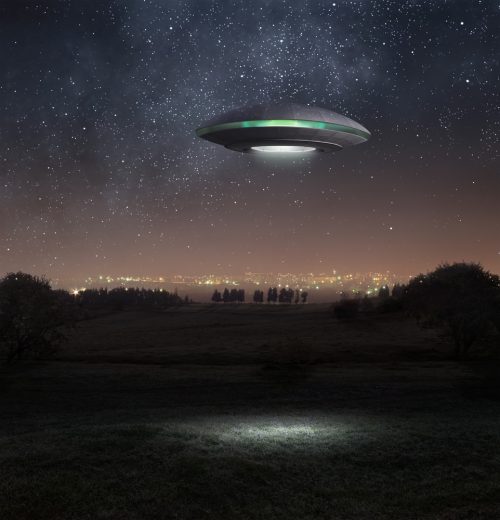 Scroll down to see a short video clip. If you’re of a certain generation, you know the music, the lines, and who said them:

Before there was the X-Files, there was the Twilight Zone, and the video clip you just saw was the opening for this immensely popular TV show. Younger viewers might roll their eyes at the black and white images and crude special effects, but everyone had an episode that stayed with them, whether it was Agnes Moorehead fighting off little aliens, or William Shatner seeing a monster damage the plane he’s flying in. For us, it was the Eye of the Beholder, and especially “Don’t get on that ship, it’s a cookbook!!!”

Despite their age (the show ran from 1959 to 1964), the stories still hold up, and most of them were the brainchild of Rod Serling, the show’s creator, host, and primary writer; of the 156 episodes that were originally produced and aired, Serling wrote nearly 100 of them. He helped form television industry standards, and often clashed with TV executives and sponsors over issues that included racism and war. Serling developed such a fury against censorship that he became known as, “the angry young man of Hollywood.”

Needless to day, Serling wasn’t a lightweight. Many don’t know that he was also a war hero, having been awarded the Purple Heart, the Bronze Star, and the Philippine Liberation Medal during a military career that started in 1943. He served in the Pacific Theater during World War II, and to earn extra money earlier in his post military life, he tested parachutes for the Air Force, and also volunteered to test a jet ejection seat that had killed three testers before him. Nope, not a lightweight.

After all that, he was taken from us far too soon succumbing at the age of 50 to heart disease likely brought on by the three to four packs of cigarettes he smoked a day. His close friend, Gene Roddenberry of Star Trek fame, read the eulogy at his funeral, and five days later, a memorial was held at which one of his daughters, Anne, was a speaker. As an aside, Serling’s wife, Carol, died just a year ago at the age 90 and is buried next to her husband.

After college, Anne taught preschoolers and special needs kids, but it was from her book, As I Knew Him, My Dad Rod Serling that we learned that her father was a big dog lover, and many of his pets were purebred dogs. They included the Boston Terriers he had as a kid, a Beagle, a Collie named “Laurie,” Irish Setters from which they had puppies, and various dogs from the SPCA. As sober as Serling appeared on TV, Anne recalls her father as a fun dad who rolled on the floor with the dogs, and was actually very funny. He wasn’t above wearing a lampshade for a laugh.

We can think of no better way to honor his memory than to ask our readers who remember the show: What was your favorite episode?

5 thoughts on “Before the X-Files…”