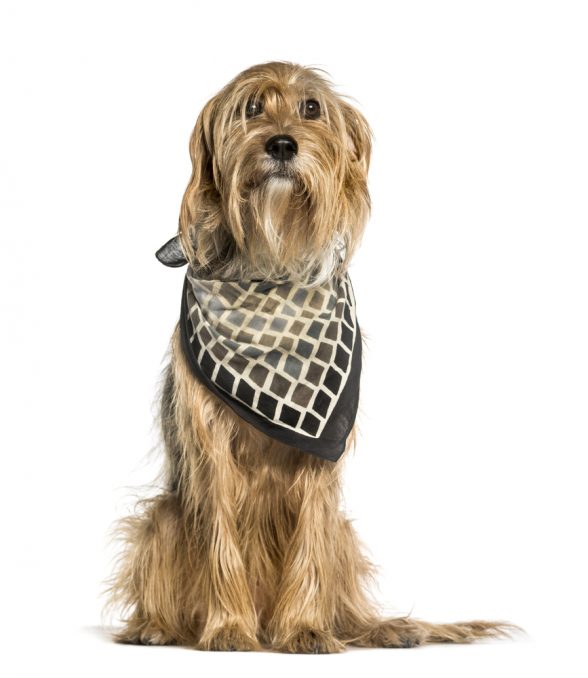 Why say “Bosnian Hunting Hound” when Chien Courant de Bosnie Poil Dur sounds so much more high falutin (that’s the French version). But wait, it gets better. The English translation of the name by which this breed is recognized with the FCI is “Bosnian Broken-Haired Hound – Called Barak.”

These days, the name Barak is used more commonly in the English speaking world, Barak being the Turkish term for “rough coated dog.” Indeed, most of the Barak’s English names have alluded to the texture of the breed’s shaggy coat when using jargon such as “broken-haired,” “rough coated,” or “hard.”

In the end, and whatever the name used, all of them refer to a scenthound developed by hunters in the 19th century to hunt boar, fox, and hare. It’s believed that local hounds were crossed with Italian gundogs to create the Barak, but because of its coat, some cynologists think it likely that the Spinone Italiano was also incorporated into the gene pool. The Bosnian Civil War almost destroyed the Barak in the 1990s, but somehow it managed to survive in small numbers. Fans admire its courageous, lively, persistent, and alert personality, but potential owners need to be aware of its high prey drive and “loquaciousness” when on the scent of something that interests them as they were bred to ‘bay’ when tracking game.