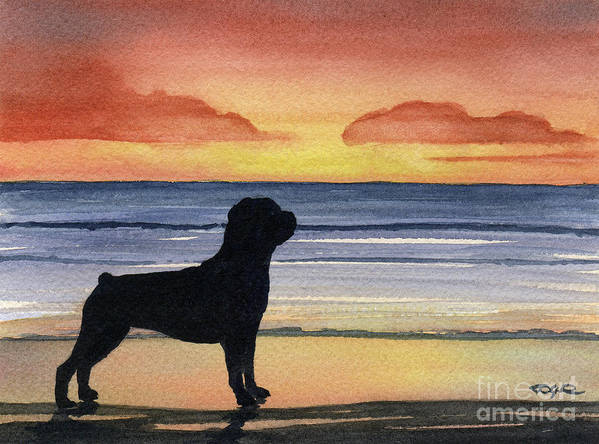 Our mandate is to celebrate the legacy and contributions of the purebred dog, and in our view, education strolls hand-in-hand with that charge. That said, it isn’t enough, we think, to learn about our different breeds, we also feel called upon to explore what they’re not, or to shine the light on dogs advertised as something unique in their breed when in reality, that “unique feature” is a marketing ploy for a size, color, or coat not mentioned or accepted in the breed standard.

That brings us to the Roman Rottweiler.

To be clear, the Roman Rottweiler is not a breed or a variety. Detractors say it is basically an oversized Rottweiler, and when you learn that other names for these dogs are Gladiator Rottweilers, Colossal Rottweilers, and Rottweiler Kings, you can read between the lines. Bigger isn’t always better. Rottweiler breeders striving to meet their breed’s standard point out that Roman Rottweilers have any number of issues related to their size, not the least of which are high probabilities of developing hip dysplasia, tearing their Anterior Cruciate Ligaments, skeletal issues, and even cancer.

Fans of these dogs say they are an attempt to recover some of the most desirable characteristics of the dogs that arrived in Europe with the legions of Roman invaders. The scant information we found on the origins of the Roman Rottweiler points to the dog having been developed by Emily Tiscarenio of Colossal Rottweilers from a Rottweilers bred with Tibetan Mastiffs or Italian Mastiffs, but there is little else we found about her breeding program.

Ockham’s Razor is the problem-solving principle that “entities should not be multiplied without necessity,” and we take the liberty of butchering the principle by adding ,”if it ain’t broke, don’t fix it.” A Rottweiler bred by someone invested in their breed, someone who knows the breed’s history and purpose, health tests, and breeds according to the standard, well, we don’t see how that can be improved upon.

Our image is not of a Roman Rottweiler. It is entitled, “Rottweiler at Sunset” by DJ Rogers/k9artgallery
http://dogprintsgallery.com
www.etsy.com/shop/k9artgallery