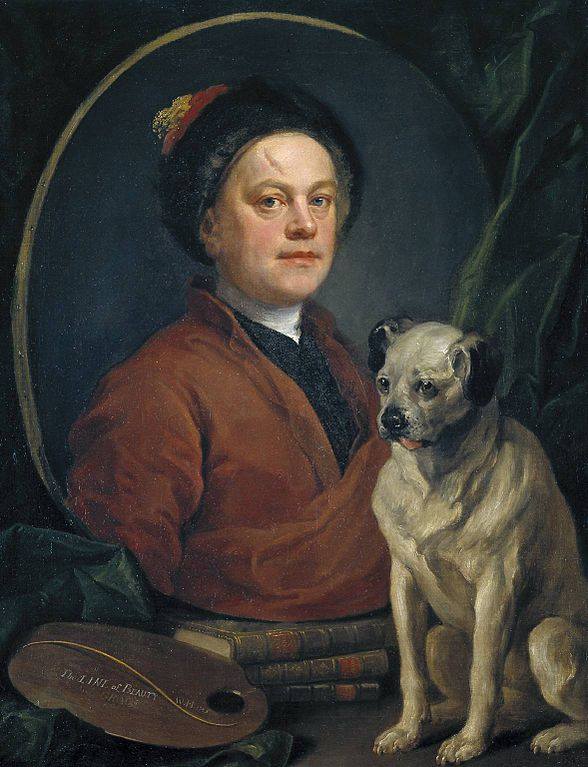 Long before Clifford, Marmeduke and Fred Basset, some purebred dogs appeared in a cartoon form known as caricatures.

William Hogarth, the British painter and engraver, did some of the most satirical engravings of dogs, and even put “Trump,” his favorite Pug, front and center in a bit of self mockery in the piece you see here painted in 1745. When the painting was first exhibited, Hogarth’s enemies pointed out the strong resemblance between the artist and his dog, and Hogarth’s most bitter enemy, Charles Churchill, even published a sarcastic pamphlet entitled, “Epistle to William Hogarth.” The artist was so angered that he produced a satirical engraving he named, “The Bruiser” where he substituted a mean looking bear in the place of his own image, but left in the Pug – urinating over Churchill’s pamphlet.