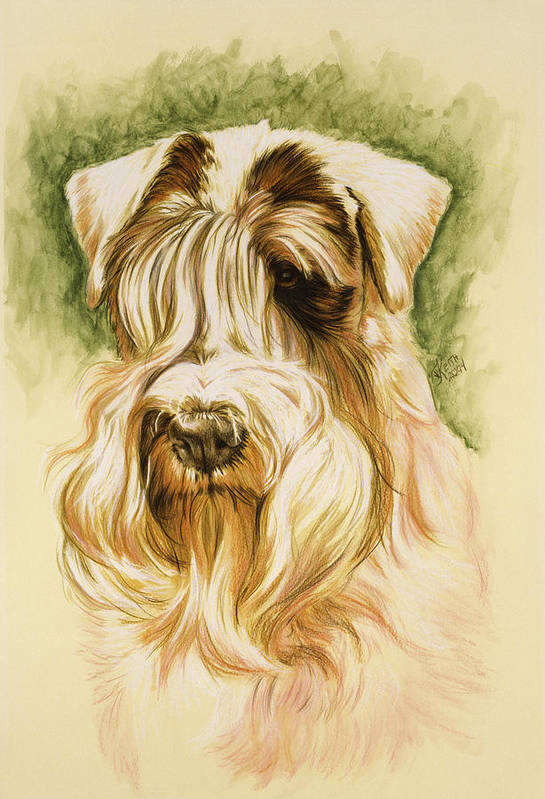 His breed standard mentions the word, “strong” six times. “Powerful” shows up five times. In fact, the opening “salvo” to the standard calls for the breed to be the “embodiment of power and determination.”

All for a dog that weighs about the same as a male turkey.

Turkeys, of course, aren’t called upon to confront prickly critters with teeth like badgers (polecats), otters and foxes, but a Welsh farmer’s dog was.

In the 19th century, the country of Wales relied on farmers, and farmers relied on themselves and whatever they could grow. As Robert L. Howell stated: “Agriculture implied a constant battle against nature, predators as well as weeds, and the only problem was how best it could be won.”

How it was won was with dogs, and in that time and place, one of these dogs was the Sealyham Terrier developed in the 1840s by Captain John Owen Tucker Edwardes. Brave, robust, and tenacious, the breed was created to support Edwardes’ Otterhound pack by flushing the animals out of their lairs, especially pesky Otters that drastically reduced the population of fish populations in the streams flowing through his estate (named Sealy Ham).

We don’t hunt otters anymore, but if we fast forward to 2008, the breed was not out of a job.  To mark the centenary of the first breed club in 1908, Harry Parsons and his wife began the Working Sealyham Terrier Club in the UK. With their Sealyham packs, they hunted rats along the river Taw in north Devon.  You can get a sense of an outing in the video below:

Sadly, we haven’t seen evidence of the club being active at the time of this writing,  the most recent video posted back in 2018 when the club took on a chicken shed (you can see the video here, beware it is graphic in places). Some sportsmen still use Sealyhams to hunt pheasants and rabbits.

As of 2021, the breed remained on the Kennel Club’s Vulnerable Breeds list because only 184 Sealyhams were registered that year, but it is a positive trajectory from the 153 dogs registered the year before.  Low numbers are baffling given that this wonderful breed has been called the “couch potato” of the terrier world.