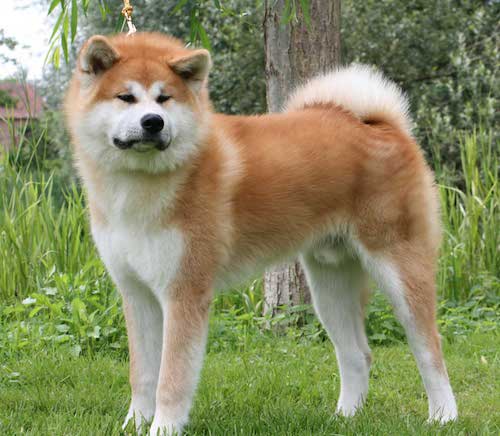 When you learn that a lot of animals have lighter-colored bellies than the color on their backs, you’ll start to notice it everywhere: Deer, foxes, squirrels, humpback whales, the dark-eyed junco, coyotes, and yes, purebred dogs.

There’s a name for that. Scientists call it Thayer’s Law, but the rest of  us know it as countershading, a form of camouflage in which a dog’s coloring is lighter on the underside of its body.  Here’s how it works: In nature, light comes from the sun above, so naturally, a dog lit from the sky will seem lighter colored on its back, and darker on its underneath area where it’s usually in its own shade. If you want to hide from predators, or sneak up on prey, this stinks because shadows essentially alert a predator or prey with visual cues where you are, and if you’re moving.

Countershading reduces the visibility of the dog by balancing out the amount of light that reflects off their bodies. A dark topline and back absorbs more, the lighter colored belly reflects more. The contrast between top and bottom is diminished making it easier to blend in. Even German and U.S. military planes used countershading to hide from their enemies by painting the bottom of their planes white, and the top of the planes to match the surrounding area. 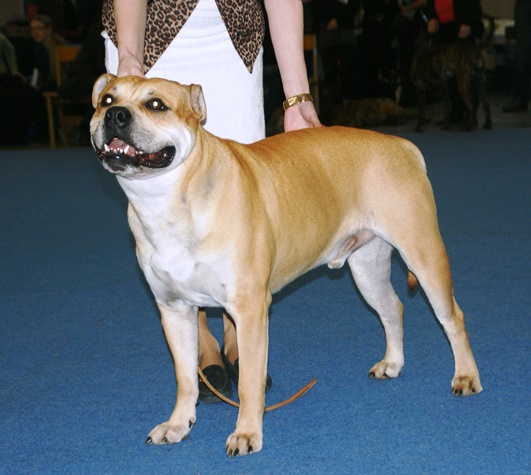 Countershading in a Majorca Mastiff. Image by Canarian – Own work, CC BY-SA 3.0, https://commons.wikimedia.org/w/index.php?curid=32216584

Some breed standards allude to this: The AKC Akita standard reads: “Undercoat may be a different color from outer coat,” while the AKC standard for the Shiba Inu is more specific: “Urajiro (cream to white ventral color) is required in the following areas on all coat colors: on the sides of the muzzle, on the cheeks, inside the ears, on the underjaw and upper throat inside of legs, on the abdomen, around the vent and the ventral side of the tail.”

As far as we know, it’s not yet known what causes countershading, or urajiro, but some theorize that it’s connected to the C or I series, others think urajiro is simply tan points diluted to white, and yet another thought is that the gene that causes it is utterly unique because it restricts pigment to the upper half of the dog, but the legs, underneath parts, and other extremities white.

We should mention another theory about countershading, and that is that having a darker color on top shields against ultraviolet radiation and helps a dog get more heat from sunlight. In 2016, a study published in Functional Ecology suggested that countershading was probably important for UV shielding, heat optimization, and camouflage, and that some countershaded animals evolved their body orientation in order to optimally exploit their gradient of coloration to enhance camouflage, rather than the other way around.

Akita photo found uncredited on Pinterest and we’ll happily give credit upon receipt of information.