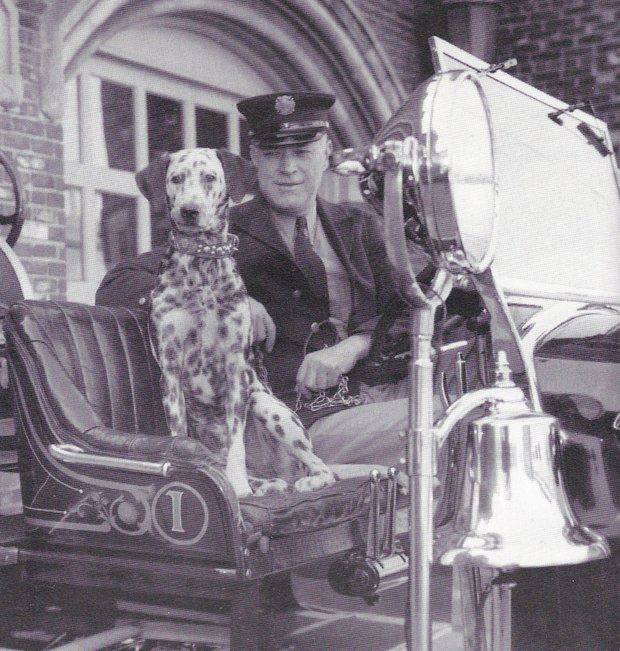 We don’t fully understand the natural affinity between Dalmatians and horses, but it exists. The breed seem to have a natural calming effect on their equine friends, something that was noticed so early on that horse mounted warriors and hunters may have first used Dalmatians in their pursuits. By the 17th century, Dalmatians became society dogs and were trained to run along side ladies’ carriages. As a result, they became known as ” Coach” or Ladies dogs. In fact, the term “coaching” refers to how a Dalmatian will take up position just off the side and towards the rear of a horse and run with them.

Dalmatians were used to protect horses that pulled English stagecoaches where two dogs typically ran next to the horses as they pulled the coach. Horse theft was pretty common and for the average driver, this meant a night spent sleeping in a hammock strung between two stalls where they would watch for thieves. Drivers who owned a Dal, however, could sleep in a hotel or house knowing that their dog would keep watch over the horses and guard against theft.

In time, firemen found that Dalmatians could be trained to run between the horses pulling the water wagons to keep them moving as a team and not nip at each other. Not a task for just any breed.

Image: Firefighter John Boyle with the Dalmatian, “Tony” sitting in a fire truck in South Orange in 1935

One thought on “Dalmatians and Horses”