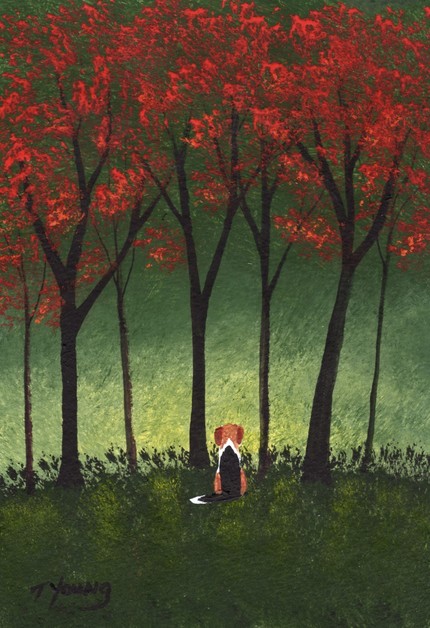 Dogs the size and general conformation of Beagles were used to hunt hare in Greece in the 5th century BCE, and it’s these dogs that cynologists consider to be the earliest ancestors of the Beagle. By the 15th century in Italy, France, Greece, and England, the name, “Beagle” (probably of Celtic origin, beg or beag meaning small) referred to the small hounds the Celts were using at the time of the Roman occupation of Britain.

Beagles became hugely popular with the English Royal Family,  and in Elizabeth I’s time, they were tiny sized and small enough to fit into a gauntlet (glove). For that reason, they were called  “pocket Beagles.” So charmed was Elizabeth I by these appealing dogs  with the melodious “singing voices” that she owned an entire pack of the tiny nine inch tall hounds.

In the 19th century,  Beagle development was included four different Beagle varieties: The medium Beagle, the lapdog or dwarf/Beagle, the fox Beagle, and the rough-coated/terrier Beagle. Sadly, only 18 documented packs of Beagles were left in England by 1887, but Beagle affectionados determined to preserve their lines leads to the founding of the Beagle Club and the Association of Masters of Harriers and Beagles in 1890 and 1891, respectively. By 1902, the number of Beagle packs in existence grew to 44 by 1902.

There were many packs throughout England in the first half of the 20th century, and one such pack was the Wye Beagle pack formed in 1946 by Dunstan Skillbeck, the principal of Wye College (an agricultural college).  Sadly, all but four of the pack, some 46 dogs, was stolen in 2001 by the ALF, an terrorist animal liberation group determined to make a statement about a hunting ban they sought. The ALF admitted the theft and tried to claim that the Beagles would be placed in “safe, loving homes.” The Wye Hunt Secretary, however, branded the theft as heartless because the friendly Beagles were accustomed to living and working together as a group, eating a raw diet, and a lot of exercise. Robin Page, presenter of the BBC TV series One Man and His Dog, was quoted in the Sunday Telegraph: “The Wye Beagles are working dogs, used to living, sleeping and working as a pack. They have been living together since puppyhood and they have bonds and relationships as members of that pack which are now being forcibly broken. This is the exact opposite of ‘kindness to animals.”

Two of the hounds were later found wandering in the lanes,  another (a prize dog) was found 200 miles away, castrated and with signs that there’s been an attempt to remove the tattoo in his ear.  Only one was ever returned. Donations to Wye College allowed the pack to be rebuilt, but in 2013, the Beagles that had been maintained by students was disbanded after 70 years of existence.

Image: Beagle in the Woods by Todd Young
http://www.toddyoungart.com
www.etsy.com/shop/ToddYoungArt