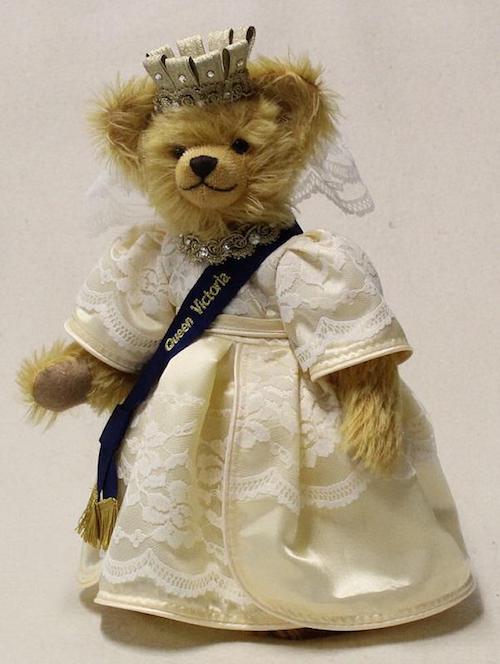 No bedtime story is complete without one’s special blanket or stuffed toy, and for many of us, that toy is a teddy bear.

By most accounts, the origin of the teddy bear can be traced to U.S. President Theodore “Teddy” Roosevelt. An avid outdoorsman and hunter, Roosevelt had been invited to participate in a bear hunting trip near Onward, Mississippi by Mississippi’s Governor Andrew H. Longino back in 1902. After a few days, and unlike the other members of the party, however, Roosevelt hadn’t bagged a single bear. 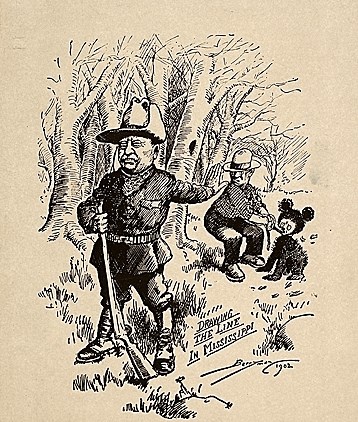 Ultimately aides to the president did find a bear which they tied it to a willow tree with the idea that Roosevelt would shoot it. Roosevelt, however, refused to shoot the bear as he rightfully saw this as extremely unsportsmanlike behavior.

It didn’t take long for news of Roosevelt’s compassionate gesture to spread across the country. Newspaper articles recounted the story of the big game hunting president who refused to shoot a bear. Political cartoons starring “Teddy” and “the bear” soon followed, most of them taking the lead from Clifford Berryman, a political cartoonist who’d read the article and lightheartedly satirized the president’s refusal to shoot the bear.

Enter Brooklyn candy shop owner and stuffed animal maker, Morris Michtom, who’d also seen the cartoons, but he got the idea to create a stuffed bear he would name, “Teddy’s Bear” and dedicate it to the President. He got Roosevelt’s permission to use his name, then mass produced the toy bears which became so popular that he founded the Ideal Toy Company. President Roosevelt even used the teddy bear as his mascot when he ran for re-election.

Morris Michtom’s Ideal Toy Company ultimately became a multimillion-dollar business. As for Berryman, his drawing became so popular that the cartoonist drew even smaller and cuter “teddy bears” in political cartoons for the rest of Roosevelt’s tenure as president.

So what has any of this to do with dogs?

There is another version about the teddy bear’s origins, and while it’s likely rooted more in legend than fact, it’s a short and interesting read.

As the story goes, the original teddy bear was modeled after Queen Victoria’s Chow Chow puppy. Besotted with the canine, Her Majesty carried the dog everywhere she went, but her intimates greatly disapproved. It wasn’t fitting, let alone dignified, for the Queen of the United Kingdom, Great Britain and Ireland, and Empress of India to be seen everywhere with a dog in tow. Her friends paid a dressmaker to make a stuffed version of the dog for her, but most people felt the toy Chow Chow looked like a bear.

While this may have actually happened, the real inspiration for the teddy bear is documented and happened as described above. That said, a far more detailed (and disturbing) account of that hunting trip was published in 2012 by Smithsonian Magazine which you can read here.

By way of explanation for the teddy bear image seen here, we fast forward to 2019 and the 200th birthday jubilee of both Queen Victoria and Prince Albert of Sax-Coburg. German teddy bear manufacturer, Hermann Spielwaren, created a teddy bear to celebrate the occasion. Made from soft golden blond mohair and stuffed with wood shavings in the traditional way, the bear  wears ivory satin embellished with twinkling Swarvoski crystal elements. A golden crown and a rich navy blue ribbon embroidered sash were finished with golden fringe, and the bear’s foot pads were embroidered using red, blue and gold threads spelling out Albert and Victoria’s names, and two intertwined golden hearts. The bear (which is not out of stock) sold for approximately $300 US dollars.