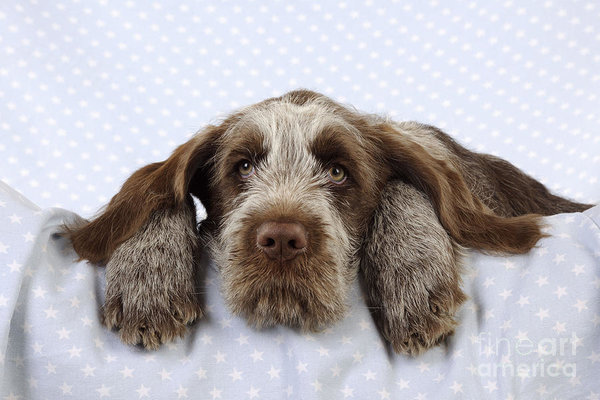 How many of us, we wonder, have acquired our breed because of our ethnicity? It’s possibly the worst reason to get a dog unless one has grown up learning about the breed through anecdotes, legends, and the personal experiences of family, as we did. By the time we met our first Puli, we knew the breed intimately, and it was indeed the right fit for us.

Perhaps that is what drove Alberto Semprini.  The British born pianist, composer and conductor was known for many things, but folks of a certain age born in the United Kingdom may best remember him as host for a BBC radio music program called, Semprini Serenade, which he introduced with the words: “Old ones, new ones, loved ones, neglected ones.” The program started in 1957, and lasted for some 25 years. In that time, Semprini was a prolific recording artist, and also composed a few pieces including the one below:

Monty Python fans may also recall that during the “Flying Circus” show, a segment known as The Chemist made “Semprini” almost a dirty word. As the sketch went,  the BBC would interrupt the show to ban a number of “naughty” words, including “wee wee,” “bum,” and “botty.” “Semprini” was the final forbidden word (who on earth knows why), and John Cleese playing the chemist would ask, “Who’s got a boil on his Semprini then?” He was immediately taken away by Graham Chapman playing a bobby, and for the rest of the show, anyone saying “Semprini” was also arrested.

What most folks won’t find in a biography of Alberto Semprini is that the very first Spinone Italiano to arrive in Britain was imported by Semprini in the 1950s.  Perhaps like us, the composer (who was of Italian descent) grew up regaled by stories of the breed by parents and grandparents who’d had them in the Old Country.

We’re always touting the importance of doing ones homework before getting a breed, and we did, but our research paled in comparison to the first hand accounts shared by loved ones of a beloved breed. If it’s possible to fall in love with a breed before meeting it, we did.  Did you?

This delightful portrait of a Spinone Italiano puppy was shot by John Daniels and is available to purchase as a print, poster, bath towel, tote bag and more here.

10 thoughts on “Did You Fall in Love Your Breed Before You Even Met It?”