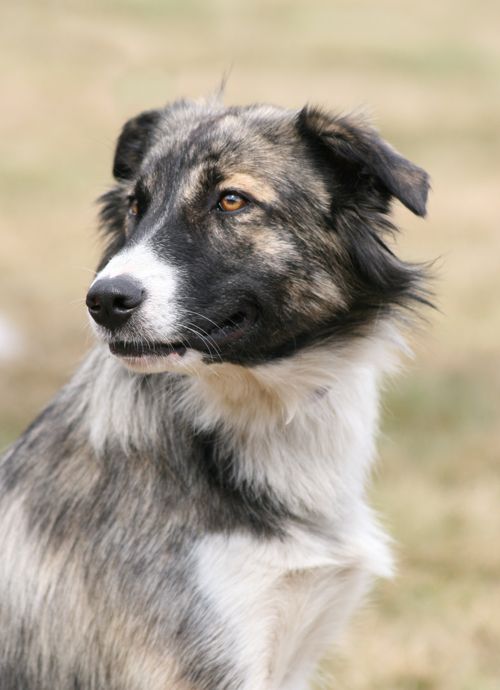 Meet the Aidi, a Moroccan/Alegerian/Tunesian breed known by many names, including the Atlas Mountain Dog, Berber Dog, North African Kabyle, the Ouled Nail Dog, the Dour Dog,Chine De l’Atlas, and the Shawia Dog. Because the breed was developed in a mountain range that extends over 1,500 miles across northern Africa through Morocco, Algeria, and Tunisia by Berber tribes made up of so many subdivisions, the breed came to be known by that tribe’s name. By any name, this handsome breed might be mistaken for a mixed breed, but it is anything but. Employed by tribes for centuries to protect their sheep and goats, the Aidi may possibly be the original ancestor of the Pyrenean Mountain Dog, and has caught the eye of the Moroccan Kennel Association looking to promote its acceptance as a purebred dog.

Tribesmen typically paired the Aidi with the much faster Sloughi that could chase down the prey the Aidi located by scent.

Thanks to one of our readers, Kirsika Pärn, we learned that Aïdi actually means “dog” in Tamazight (Amazigh/Berber languages).

One thought on “Dog of the Berbers”