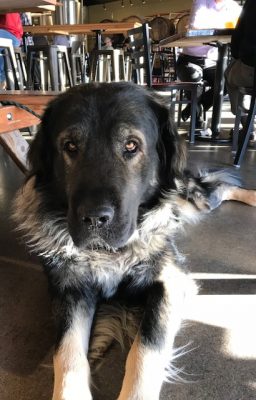 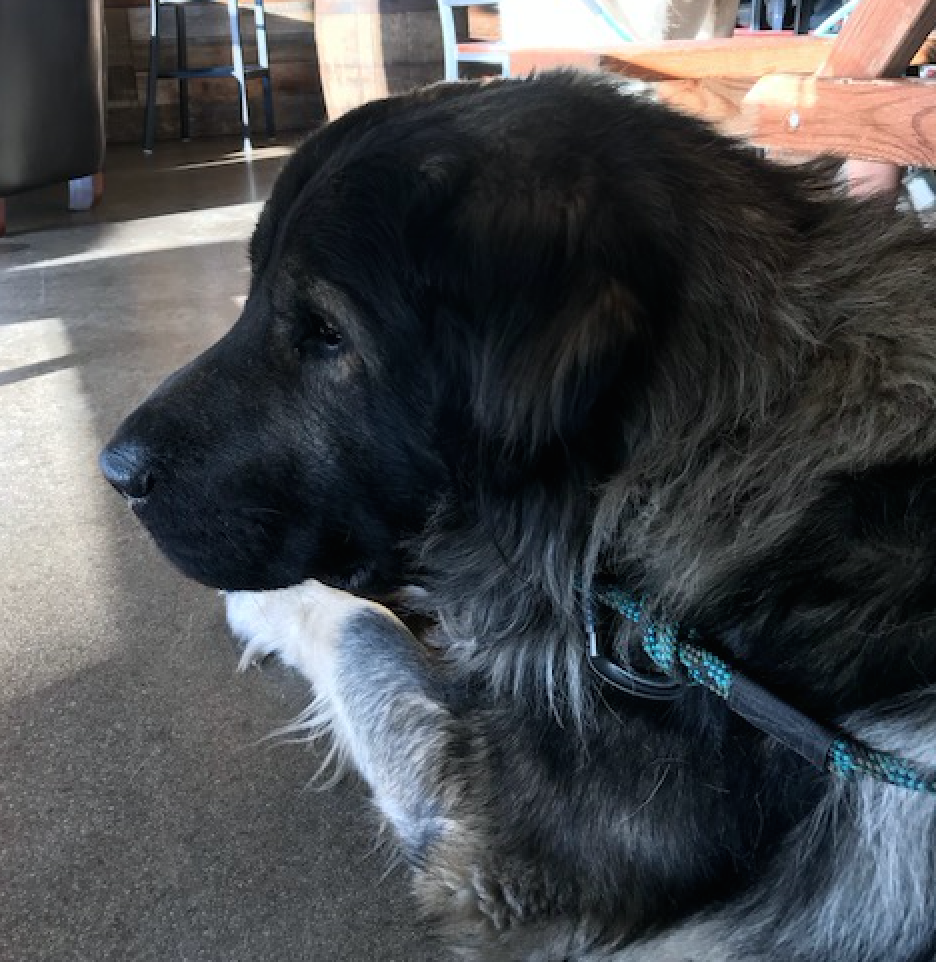 photo of a Sarplaninac that we took ourselves. Our point is that we were that close to a Sarplaninac. We’d be hard pressed to say whether we were more surprised to find this rare breed in a local brew pub, or at how massive this dog’s head was.

There are some interesting aspects to the “Sar:” It’s one of only two breeds officially recognized by Kinološki sojuz na Makedonija,  the former Yugoslavian Kennel Club, and it’s one of the few livestock guardian breeds that comes in solid colors other than white. The description of the breed as “calm” and “laid back” was certainly proved accurate by the demeanor of our new friend. In fact, he was unfazed by a rambunctious puppy crawling all over him when we weren’t taking his picture. Socialization, his owner told us, is critical. That said, the breed is said to be positively ferocious if a situation arises where his flock is at risk. In its Eastern European homeland, it’s said that an adult Sar has been known to take on and kill wolves, and even defend against fully grown Brown Bears.