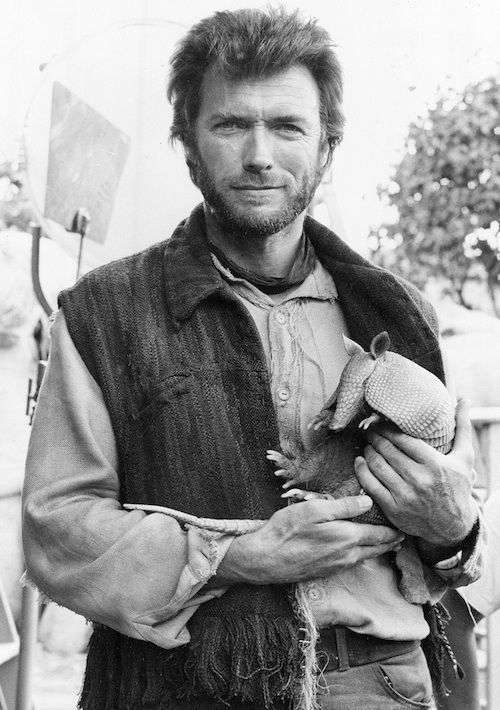 Few actors have the star power (or even talent) to sustain a career for multiple generations, but Clint Eastwood does. The grandparents of today’s Millennial first saw him in Revenge of the Creature, the sequel to the Creature from the Black Lagoon, and then on the TV western, Rawhide.

Their kids probably saw every one of his Spaghetti Westerns, then watched him make the jump from to the Colt Single Action Army he used in the Dollars Trilogy to his famous “Do you feel lucky, well do you?” Dirty Harry .44 Magnum. 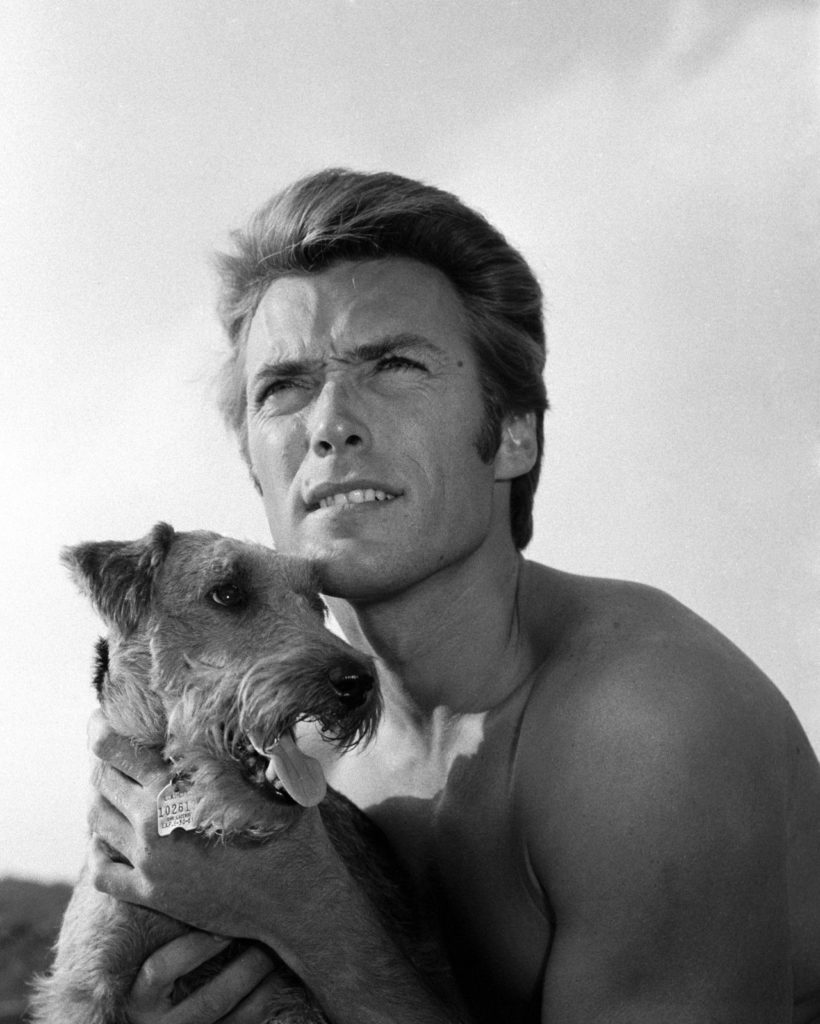 Millennials saw Eastwood as both a director and an actor: Unforgiven, Million Dollar Baby, American Sniper, and as Walt Kowalski in Gran Torino. An entirely new crop of movie goers saw him in 2018’s, The Mule.  Not one to rest on his laurels, Eastwood has been in talks with a studio about directing the movie, The Ballad of Richard Jewell. Directing is something he’s had practice at; one film study site states that Eastwood has directed more films than Steven Spielberg or George Lucas.

We came across a photo spread page that paired Eastwood with dogs the author thought resembled him (this one was the best, though this one isn’t bad,either), but despite his tough guy persona, Eastwood has never owned breeds perceived as “tough guy” dogs, and, in fact, has allergies to dogs and cats. Despite that, Eastwood had owned an Airedale, as well as “Sidney,” a Basset Hound with whom he appeared in ‘The Growling Gourmet,’ a 1970s Dog Cookbook. Eastwood wrote, “Sidney has a kidney condition, so we call him Sidney the Kidney. He is on a low-protein diet which is good for the kidneys. KD moist pellets, low protein, and Kal Kan with vitamins fro the vet when he gets bored. Sidney drinks bottled water so he won’t get cancer. He 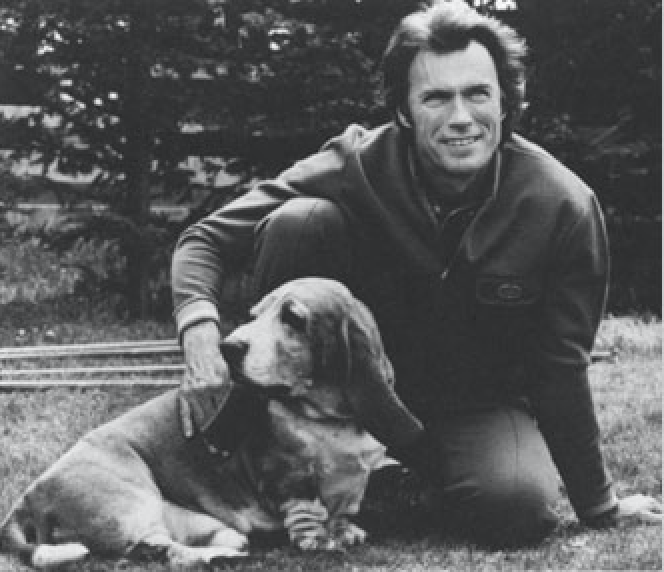 also likes a Piggy Bag from The Hog’s Breath Inn containing a Dirty Harry Dinner (ground sirloin with mushrooms) or the Hog Nightly Special (a Fistful of T-bone smothered with mushrooms).”

Eastwood hasn’t had many appearances with dogs in his movies, but in Sudden Impact, his fourth film as San Francisco detective, “Dirty Harry,” Clint’s character was gifted, “Meathead,” a Bulldog, who very nearly upstaged Eastwood. Meathead slobbered and emitted noxious fluids and fumes and wormed his way into his reluctant owner’s heart.

It does not pay to irritate Dirty Harry. When Meathead is beaten up (remember, it’s only pretend), Harry’s face changes. That intimidating scowl — complete with a facial tic —foreshadows the payback that is to come:

The actor/director will be 89 years old this Friday, May 31, and we selfishly wish him many more years of good health so that he can keep entertaining us. There really is no one else like Clint Eastwood.