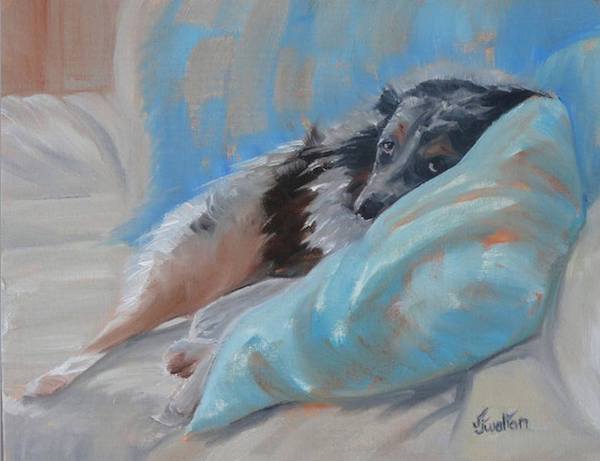 What do you suppose is the biggest challenge in owning an Australian Shepherd?

During a Purebred of Interest feature on the breed on Facebook, we asked participating owners and breeders this question, and to a person, it came down to making sure that an Aussie has a “job” to do, one that suits them, and that they love.  Even during “off hours,” an Aussie will appreciate puzzle toys, hid and seek (for a toy), or anything that involves their owner, from frisbee and hiking to throwing a ball, and, of course, herding 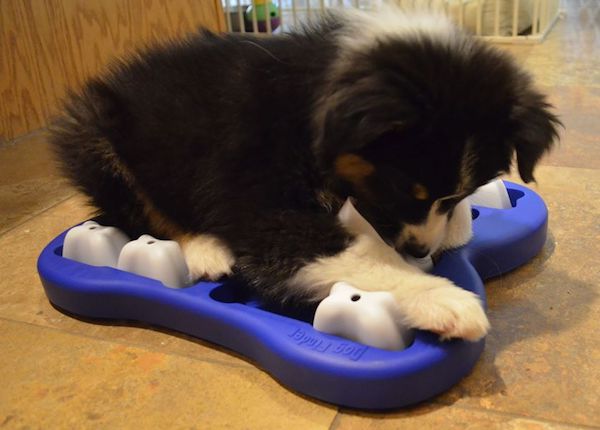 Failure to keep one step ahead of the dog can result in “the stare.” Translated, the look means, “Well, what are we going to do next?!” 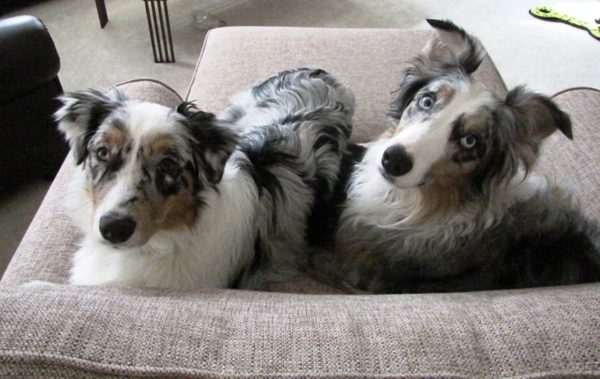 The breed sometimes gets saddled with the unfair label of being “hyper,” but seasoned owners recognize this trait as high energy. It’s one thing that makes them so good at performance sports. Because they learn so quickly, training is generally not a problem, though some Australian Shepherds are highly attuned to their owner, and managing one’s own own stress level is critical so that the dog doesn’t worry, himself. This can be a real challenge.

An Aussie’s dedication to a job also requires an owner’s vigilance. These are physically tough dogs, and will often not reflect the severity of an injury or illness by their behavior. Put another way, an Aussie is a stoic.

If you own an Aussie, what recommendations do you have for dealing with with a high energy, wicked smart breed?

Image: Don’t Make Me Get Down Print by Judy Fischer Walton
This print is available here

We'd bet the ranch on this royal straight flush, and we're betting that NPDD's Playing Card Project putting your dog's image on a playing card along with his or her name and breed will be hugely popular when the decks are available for purchase. But first, we have to sell those cards.

It's the best money a club can spend out of its public education budget, and owners, what a fabulous way to thank your breeder for your beloved puppy by putting their sire or dam on a playing card.