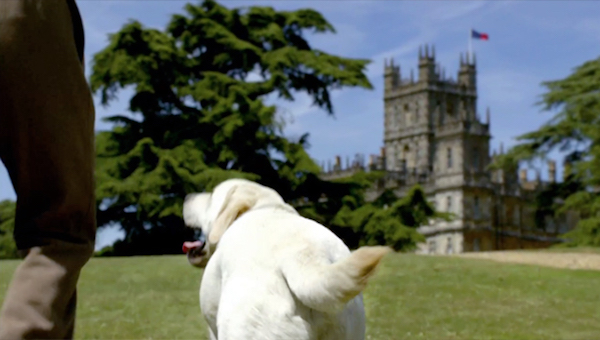 A Labrador Retriever named “Isis” was as much a part of the fabulous series, Downton Abbey, as was her fictitious owner, Lord Grantham. If you’re a fan, it might surprise you to learn that Isis, however, was not the original dog in Season I. That Labrador Retriever played “Pharoah,” but his real name “Roly.” The dog was never actually referred to by his character’s name in the series, but no matter. Roly, it seems, didn’t get on with another dog on the set, so he was replaced by “Ellie” who played “Isis” for Seasons 2 to 5.  When we weren’t paying attention, Ellie was replaced by “Abbey,” the dog you see in the photograph above. As an aside, the names of the dogs’ characters was a bit of an inside joke. “Pharaoh” and “Isis” were references to ancient Egypt. Downton Abbey was actually filmed at Highclere, the home of the man who discovered Tutankhamen’s tomb. 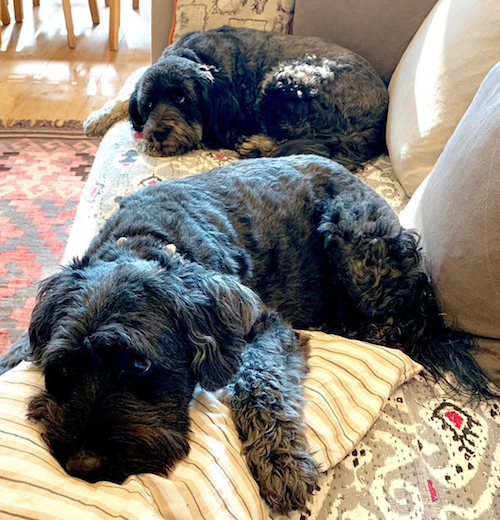 Abbey appeared in nearly every episode of Downton Abbey, and her sweetness made her not only easy to work with, but to bond with, as well, and that’s what happened with actor, Hugh Bonneville (he played Robert Crawley, the Earl of Grantham). They pair grew very close to each other, but the success of the series also meant the demise of Isis. Given the timeline of the series, Isis would have to have been more than 12 years old, and thus the decision was made in the fifth season to write Isis out of the show. It wasn’t entirely show-biz.  As the show progressed, Abbey, the dog, really did become weaker with age.  Shortly after her character died of cancer, Abbey passed away in May, 2016. The final season featured another Lab named, “Tiaa,” and yes, that was another name out of Egyptology.

But enough of the series’ dogs. We segue to the dogs that actor, Hugh Bonneville, really lives with, a pair of beloved Tibetan terriers. Looking for a kid-friendly dog when his son was very small, Bonneville’s family visited a breeder who lived near by. Once they had been thoroughly vetted, the Bonnevilles were allowed to meet a litter, and in particular, an all-black puppy with a quizzical expression. The best laid plans: Bonneville leaned towards a Tibetan name for the Tibetan Terrier, but his son christened the pup, “Teddy.” A couple of years ago, “Sasha,” joined the family pack, and the dogs play merry at the family home in West Sussex. Bonneville once said in an interview with the BBC:  “At home I have a Tibetan terrier. I’m still not sure if he’s a genius or very thick. It’s a fine line,” but he clearly adores the dogs