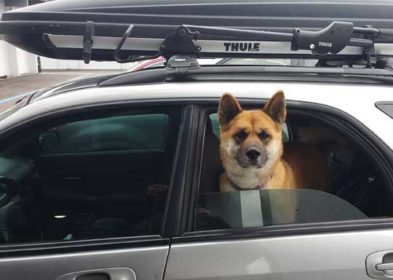 How many of us who are driving a Subaru know the origin of the name?

“Subaru” is the Japanese term given to the M45 star cluster in the Taurus constellation we know better as the “Seven Sisters,” or Pleiades. In Japanese, however, Subaru means ‘united.’ FujiHeavy Industries (FHI) is a conglomerate, and Subaru is its automobile manufacturing division. Using the name of the star cluster alludes to the five companies that merged or “united” to create FHI. It also inspired the automobile logo seen below: 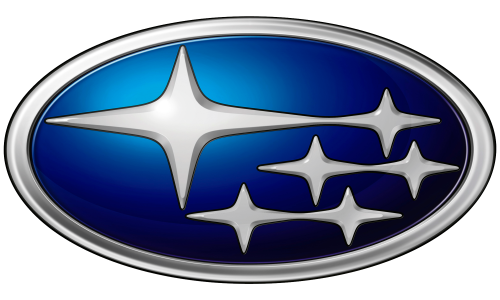 You’ll notice only six stars, and that’s because of the 3,000 stars in the cluster, only six stars are readily visible to most observers.  People with Chuck Yeager’s remarkable 20/10 eyesight might actually see up to twelve stars under good conditions, but that’s very few of us.

More to the point, giving a vehicle this name made Subaru the first automobile brand to use a Japanese word as its name.

As an aside, Subaru has donated nearly $22 million to the ASPCA® (American Society for the Prevention of Cruelty to Animals®) since 2008, and helped support over 1,500 animal welfare related events. You may want to read what Protect the Harvest has to say about the ASPCA®.

As we are a purebred dog centric site, we’d like you to meet another Subaru, but this one is one of the canine stars at the Akita Dog Preservation Society headquarters in Ōdate, Akita Prefecture.

Subaru’s sister, “Sakura” was also given as a gift to Asashōryū, a former Yokozuna, or grand champion sumo wrestler.

Busy days are coming up for the Akita breed. On the second weekend of February,  two festivals are held in Akita Prefecture in honor of the breed. The exquisite Inukko festival will be held in the city of Yuzawa, famous for its heavy snowfall each winter. Dozens of  statues will be carved to look like standing Akitas, each displayed around town, and each adorned with a ceremonial rope around its neck, a Shinto symbol to indicate the effigy is sacred.

Meanwhile, the Amekko-ichi festival (which goes back 400 years) will be held three and half hours away in Odate, a city the Akita-Inu Tourism Association calls “the Akita’s holy land.” Numerous stands selling sweets will line the appropriately named Hachiko Street,and as many as 100,000 people from neighboring prefectures are expected to attend. The real attraction of the festival is a parade hosted by the Akita Dog Preservation Society which was founded in 1927 making it the oldest Akita club in the world.

Click here to see a 2020 calendar of festivals in Japan.

Our image of “Shinju” an Akita sitting in a WRX appears with the kind consent of the photographer, Joe Spitz, whose site, www.Cars101.com, is an unofficial independent Subaru research site by Joe Spitz, and a must visit for gear heads.